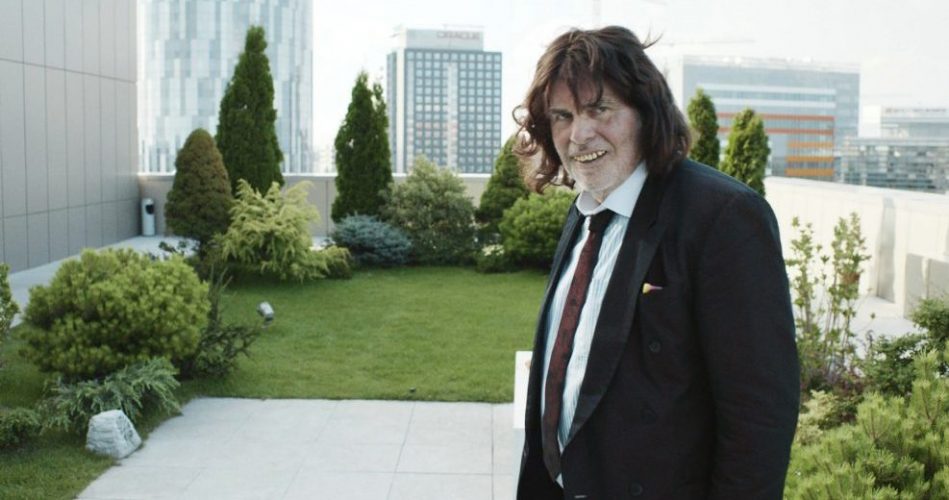 When jet-setting management consultant Ines (Sandra Hüller) pays a rare visit home to Germany, she doesn’t have time for a proper catch-up with her father Winfried (Peter Simonischek).

Soon after she returns to Bucharest, where she’s trying to persuade a major oil corporation to outsource its services, her father turns up unannounced to give her a birthday present – and stay with her – uninvited – for an undefined length of time.

She’s generally polite, but clearly uncomfortable with him being there and before long, he agrees to return to Germany.

But when she’s on a night out with colleagues, a familiar man – her father in a disheveled dark wig and comedy false teeth – turns up out of the blue and introduces himself to the other women as Toni Erdmann and claims to be her boss’s life coach.

Winfried – or Toni – is just trying anything he can to spend time with and bond with his estranged daughter, while she’s trying anything she can to shake off the irritating man, so that she can get on with her project and impress her boss.

A two and three quarter hour German comedy about an estranged father and daughter doesn’t necessarily sound like a riotous way to spend your Saturday night. But even though no comedy should be longer than two hours – as a standard rule of thumb – Toni Erdmann is peculiarly entertaining.

Much of the humour comes from the cringeworthy practical jokes that Winfried hopes will thaw the frosty response Ines has to him – put a wig and false teeth on David Brent and you probably wouldn’t be too far from the mark.

But being so long, the film has time to explore a variety of themes in addition to its core relationship – taking a satirical view of globalisation, outsourcing, management consultancy and office politics.

But the film’s biggest weakness is that having watched it for nearly three hours, it’s still not clear who the film is actually about. Calling it Toni Erdmann, you might expect this to be presented as a film about a middle-aged father, striving to reconnect with his ambitious, estranged daughter. But with the eponymous character disappearing from the screen for a period midway through, it feels as much – if not more – like we’re watching a film about an ambitious young businesswoman, trying to brush her needy, estranged father aside as she tries to progress up her company.

There is a sense in which this lack of a clearly defined focus could allow more potential viewers to identify with a protagonist, because there is a choice of protagonist with whom to identify. And why would anyone expect a German art-house dramedy to follow any familiar cinematic rules? Despite missing out on all the major prizes in Cannes, it was the best-reviewed film at last year’s festival and picked up the critics prize for its writer/director Maren Ade.

It’s not your standard comedy. There’s no clearly defined structure. We don’t get the familiar set-up and pay-off of gags. It’s more of a stream of consciousness that grows increasingly surreal and painful to watch as the conflicting aims of the two central characters crash against one another.

Ade delivers a handful of belly laughs, which are what you’ll remember when you leave the cinema, but many of the most memorable moments are the furthest from the emotional core of the film, so the more surreal moments risk making the plot feel more like a sprawling and disjointed, episodic feature rather than a single, coherent narrative.

Anyone who’s been a parent or a child will find plenty of the difficult moments of their own relationships plastered on the screen. Whether viewers will find any answers, in return for their investment of nearly three hours, is open to question, but it’s a thought-provoking film that will stay with you as long as the uncomfortable and arch but undeniably entertaining humour.