The BFI London Film Festival returned in all its former glory this year with an exciting line up of cinematic offerings, launching and closing with two rousing crowd pleasers, Roald Dahl´s Matilda the Musical, starring Emma Thompson, and Glass Onion, the sequel to Knives Out (more on that later). For the second year running it featured a TV section showcasing the latest new series from around the world, alongside a wide selection of international short and feature films screened in the capital and in ten towns and cities across the UK. So what’s worth seeing from the 2022 London Film Festival? Here are my top five film picks: 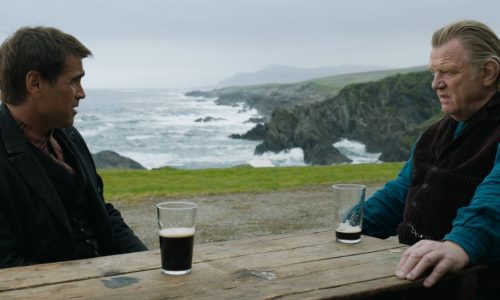 THE BANSHEES OF INISHERIN

Martin McDonagh reunites with his In Bruges stars Colin Farrell and Brendan Gleeson for this hilarious yet heart-breaking black comedy about the end of a friendship. Set in the 1920s on the fictitious Irish island of Inisherin, against the backdrop of the Civil War, it follows Padraic (Farrell in a career defining performance), as he learns his lifelong friend Colm (Gleeson) no longer wants anything to do with him; a fact he cannot accept, resulting in alarming consequences for the two of them, as the film goes down a surprisingly dark path. Beautifully acted and beautifully shot, this is writer-director McDonagh’s finest work.

Everyone can “enjoy” The Banshees of Inisherin from 21st October 2022 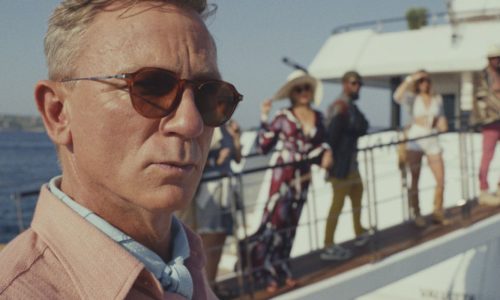 GLASS ONION: A KNIVES OUT MYSTERY

It is rare that a sequel is as good as the original, let alone surpasses it but that is the case here as renowned southern detective Benoit Blanc (Daniel Craig) heads to Greece during the pandemic for his latest case. Writer-director Rian Johnson teams up again with Craig, joined by a new star-studded cast for this hugely entertaining slick and stylish adventure about power and greed in which a group of former colleagues are invited by their billionaire friend (Edward Norton) to attend an elaborate murder mystery weekend at his lavish Greek island home. The less said the better. There are some truly surprising cameos in what proves another deliciously mysterious and wonderfully enjoyable ride.

Glass Onion: A Knives Out Mystery is released in the UK from 23rd December 2022 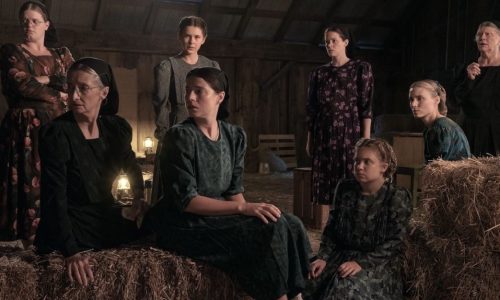 This powerful and heart-stopping drama by writer-director Sarah Polley centres on a group of women in a remote Mennonite community as they discuss what action they should take after being systematically drugged, raped and abused by the men in their religious society for years. Based on Miriam Towes´ novel, it features a stellar cast, which includes Jessie Buckley, Rooney Mara, Claire Foy and Frances McDormand, who give powerhouse performances as these conflicted women. Despite their lack of education they are articulate and vocal in voicing their differing opinions on whether they should stay or go, in a film that resonates universally. 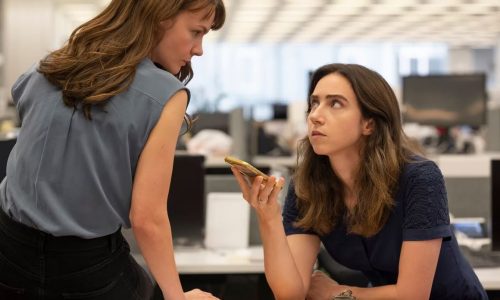 In another compelling and poignant drama about female solidarity Carey Mulligan and Zoe Kazan star as the two New York Times reporters whose stunning investigation lifted the lid on Hollywood mogul Harvey Weinstein´s serial abuse of women. Based on Megan Twohey (Mulligan) and Jodie Kantor´s (Kazan) book “She Said” director Maria Schrader delivers a gripping and nail-biting investigative thriller reminiscent of Spotlight, with stand out portrayals from her two leads and the supporting cast. It is a timely reminder of the importance of investigative journalism (a dying art), the bravery of the victims who spoke out publicly and how a twenty three year jail sentence isn´t long enough. 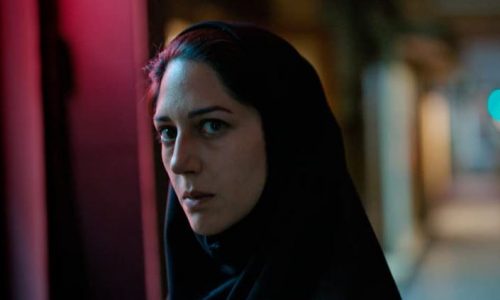 After his impressive yet bonkers Scandi-noir fantasy Border, co-writer-director Ali Abbasi returns to the LFF with an enthralling crime thriller based on the real life Iranian serial murderer dubbed the “Spider Killer” who killed sixteen sex workers. The film is seen through the eyes of the fictional female investigative journalist Rahimi (a superlative Zar Amir-Ebrahimi) who takes a deep dive into the case and humanises the killer´s (Mehdi Bajestani) victims. The drama also explores how he was hailed a hero by many people for cleansing the community of prostitutes, who were considered sinful and who were vilified and treated as the lowest of the low. It is a fascinating and disturbing drama.

Holy Spider does not yet have a UK release date