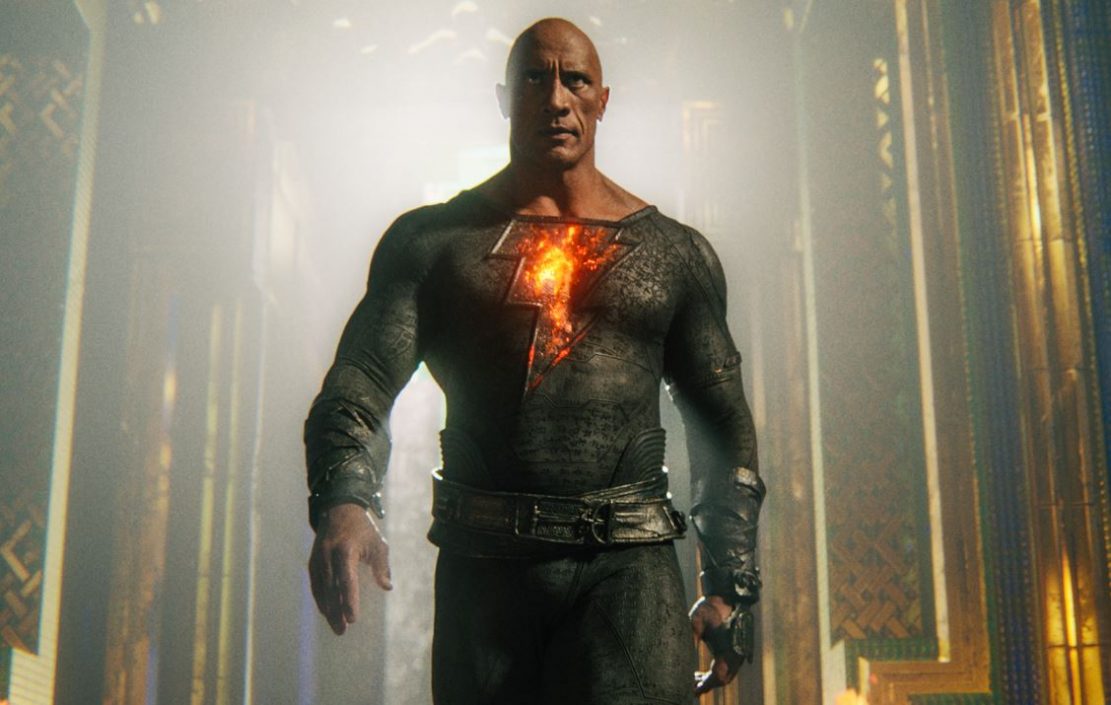 Five thousand years ago, the tyrannical king of the Middle Eastern nation of Kahndaq enslaved his people to dig for the valuable material, Eternium, to make him a magical crown that will make him all-powerful. When a young slave boy acquired superhuman powers, he managed to overpower the evil king.

In the modern day Kahndaq, the people are once again striving for their freedom, having lost control to a ruthless international criminal organisation, known as the Intergang.

When archaeologist, Adrianna (Sarah Shahi), finds the mystical crown, the Intergang aren’t far behind her, but as they try to take it from her, she manages to awaken Kahndaq’s long-dormant champion, later to become known as Black Adam (Dwayne Johnson), who unleashes his overwhelming strength to bring the Intergang to its knees.

But the appearance of Black Adam worries US officials, who send a group of superheroes known as the Justice Society of America to try to reign him in.

Adam is befriended by Adrianna and her son, who try to teach him to curb his villainous instincts, but that doesn’t stop the JSA trying to bring him down.

And those instincts turn out to be useful when the remnants of the Intergang continue their ruthless efforts to get their hands on the demonic crown.

There are two kinds of comic-book superhero adaptations; those centred on the big names – the Supermans, Spidermans or Batmans – and those built around the lesser known protagonists – Morbius, Venom or Green Lantern, for example. The first set come with a built-in audience, while the second have to work harder to bring in more than the die-hard genre fans.

Black Adam is certainly in the second camp. A quick look around the internet will explain that he’s a villain from the Shazam world. A villain? But hang on. He’s helping the good guys stop the evil head of the ruthless Intergang from being an all-powerful demon, thanks to the eternium crown. But hang on, the good guys are actually trying to capture him.

Is he a hero or a villain? Is the moral ambiguity believable – or integral to the story? Are we supposed to be rooting for him or the Justice Society – not League – a colourful collection including a superhero with the powers of a hawk (Aldis Hodge), another who can see the future (Pierce Brosnan), one who can grow to whatever size he wants (Noah Centineo) and the final one who can create wind (Quintessa Swindell). The Justice Society appears to be to the Justice League what the Championship is to the Premier League – a bunch of heroes who probably couldn’t hold their own film, but in the background of someone else’s bring a bit of colour – and in the case of Brosnan’s Doctor Fate, a little wry humour.

Black Adam seems to have powers beyond anything that any hero – or villain – has, which is perhaps why the Championship of heroes has to be sent in, but they’re less about curbing his instincts than they are about cutting him off from the outside world completely.

But even once evil is destroyed – don’t worry, it’s not a spoiler in a comic-book film – Black Adam remains an outcast in the hero community, which makes you wonder what the whole thing was all about.

Visually it’s imaginative and Dwayne Johnson doesn’t need any effects at all to make him look like a comic-book hero, but narratively it struggles to hold up to much scrutiny. It also seems rather parochial, by comparison with other comic-book tales, where villains are trying to take control of entire galaxies – Black Adam, with astonishing range of powers, is interested only in helping his own countrymen.

Black Adam – the character and the film – is entertaining and not without interest, but somewhat confusing and with his powers being inversely proportional to his ambition, it feels like a lot of potential has been underused.