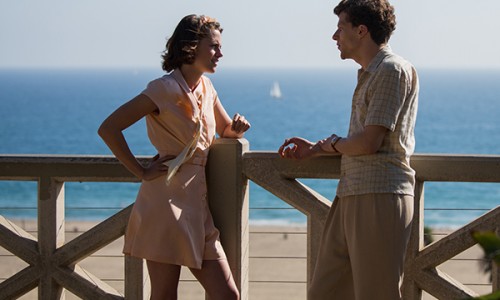 The Cannes Film Festival has picked one of its most regular visitors – and one of the most prolific directors – to open this year’s event, with Woody Allen returning to take centre stage on the first night for a record third time.

His 1930s depiction of Hollywood, Cafe Society, will be shown out of competition at the Grand Theatre Lumiere on 11th May; he previously opened the festival in 2011 with Midnight in Paris and with 2002’s Hollywood Ending.

Cafe Society, starring Jesse Eisenberg and Kristen Stewart, is about a young man who arrives in Hollywood to work in the film industry and falls in love. Steve Carell, Parker Posey and Blake Lively are also among the cast. Many of the cast are also fast becoming Cannes regulars, with Eisenberg featuring in last year’s competition film Louder Than Bombs and Stewart starring in Clouds of Sils Maria, the previous year, and in 2012’s On the Road.

But few film-makers have had such a strong association with a single event, with Cafe Society being Woody Allen’s fourteenth film to be screened in the Out of Competition selection at Cannes, from Manhattan in 1979 to last year’s Irrational Man.