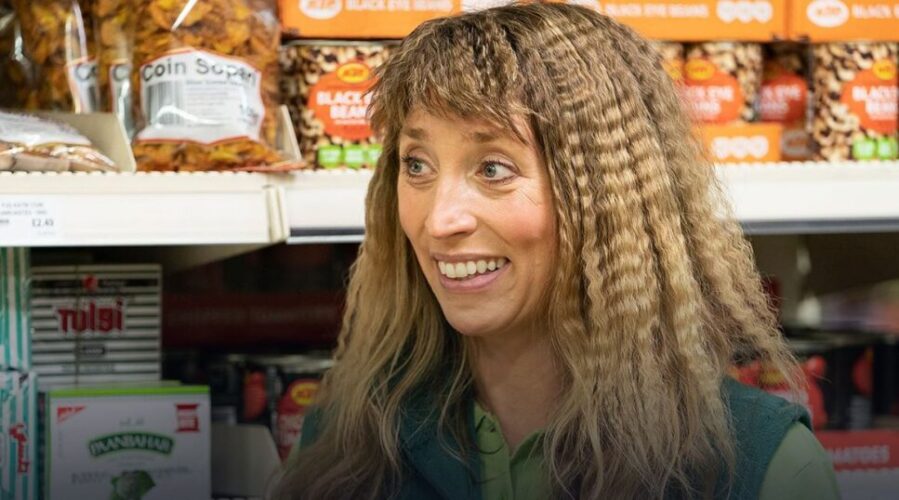 When we first meet Miri (Daisy Haggard), she’s just been released from prison after serving eighteen years for killing one of her best friends, Lara.

She moves back into the bedroom in her parents’ house where she hasn’t lived since she was a teenager.

The gossips in the small-minded, seaside town aren’t prepared to welcome her back in the way that her doting parents have, making her transition to regular life all the more difficult.

Struggling to find a job, reconnect with old friends, make new ones and keep out of prison, Miri finds herself taking two steps back for every step forwards as her past keeps coming back to haunt her – and all those around her.

Despite what you might imagine from that plot synopsis, Back To Life is not only a comedy by a surprisingly upbeat and uplifting one.

Seeing Miri trying to adapt to the outside after so long immediately injects an element of fish-out-of-water humour, but the ragtag bag of supporting characters – from her squabbling parents to her food-obsessed probation officer, her sleazy childhood boyfriend and the disarmingly friendly neighbour – are give the show enough of a surreal edge to make it work as a comedy.

Over two six-episode seasons, we get to learn more about the truth behind Miri’s crime, which changes the way we view her – if not the prejudiced local residents. The over-arching storyline woven through the first series features a mysterious investigator trying to uncover the real story behind Lara’s death. The second series concentrates more on how Lara’s parents are coping with their loss, nearly two decades later.

At its heart, Back To Life is a show about secrets – and honesty; lies and truth; bereavement and connection; bitterness and sweetness.

Often feeling a little arch, the odd unconvincing moment doesn’t feel too out of place in this slightly outlandish world.

The writing is tight, with a lot of plot being squeezed into 25 minute episodes, without feeling contrived and the performances deftly conjure up sympathy among viewers for outsiders who – in most other settings, including this seaside town – would be shunned.

Daisy Haggard – the creator and star of the show – has turned what sounds, on the surface, like a rather morbid drama into a comedy that’s full of hope and enlightenment, without belittling the tragedy that has haunted the whole town for nearly twenty years.