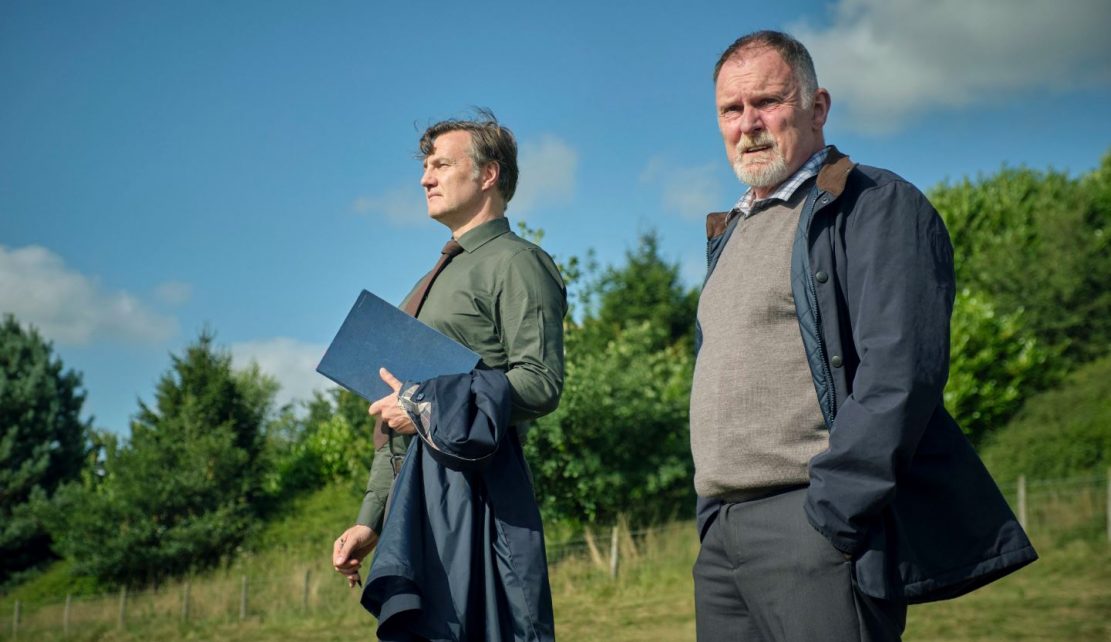 A former mining community in Nottingham is rocked by the cross-bow murder of Gary Jackson (Alun Armstrong), a former striker who had never forgiven those who carried on working during the 1980s stand-off between the miners’ leader Arthur Scargill and the then prime minister Margaret Thatcher.

The senior police investigator, DCS Ian St Clair (David Morrissey), wonders whether the murder might have something to do with an incident during the strike when Gary was arrested – and then released, with no explanation. A Metropolitan Police officer involved in that incident, DI Kevin Salisbury (Robert Glenister) is sent to Nottingham to help with the investigation.

St Clair doesn’t want Salisbury around, having fallen out with him during the policing of the strikes, but as the inquiry broadens out – with more cross-bow attacks and another murder – the pair work together to uncover the killer and lay to rest the ghosts of the past – for them and the whole community.

The BBC’s latest drama is a compelling blend of crime and politics – initially, at least.

The first few episodes play like a crime drama – a whodunnit against the background of a community, struggling to come to terms with an explosive rupture, nearly forty years earlier. We think we might know who did it from early on, so it becomes more of a why-did-he-do-it.

But as the story progresses, it becomes less of a whodunnit or even a why-did-he-do-it and more of a confessional about how different characters recall their role in the strike and their consequences their actions had at the time.

Furthermore, there are entire sets of characters who turn out to be completely unrelated to the drama at the core, sending you viewers – and police – alike on a frustrating wild goose chase.

The performances of the two leads – as well as Lesley Manville as the first victim’s widow – are feel earnest and important – as impressive as you’d expect and it’s interesting to chew over the ashes of one of the most tumultuous events in the nation’s recent political history.

But when the killer is formally unmasked and the motive revealed, you feel that you could’ve reached the same emotional position with a one-hour crime drama and a one-hour documentary and done something more productive with the other four hours.

Unusually for the binge-watching era, the BBC decided not to dump the entire series online at the same time, ensuring that people had to wait a week for the next water-cooler moment. But that had the added benefit of getting the reviews published to coincide with the stronger, earlier episodes.