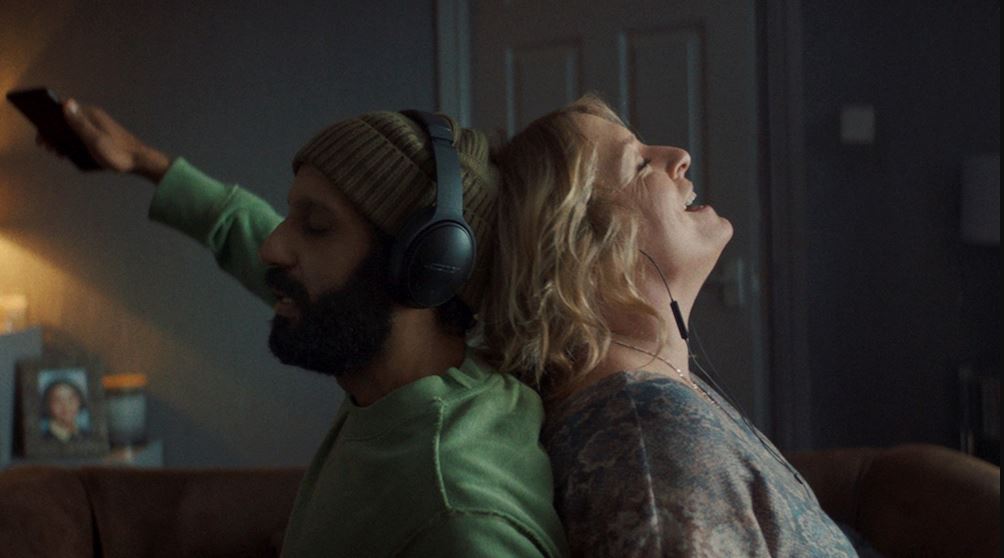 Ali (Adeel Akhtar) is a Bradford landlord, but not the big-money kind – he spends his day fixing his tenants’ cupboards and giving their children lifts to school – when he’s not collecting their rent.

Ava (Claire Rushbrook) is a primary school classroom assistant, with adult children, who’s enjoying the arrival of her first grandchild.

Ali’s wife (Ellora Torchia) believes she’s outgrown him and they’ve separated, but they haven’t told their traditional Pakistani families, so they’re still living in the same house – she’s in the loft and he’s in the basement.

Ava is not quite sure how to feel about the death of her abusive estranged husband.

When an unassuming and everyday event brings the pair together, they have an unexpected connection and find that they can fill each other’s emotional needs – and their own.

But with his family not knowing he’s separated and her children not being ready to replace their father – especially not with a Pakistani – the path to love is never smooth.

Fresh from is turn as the sympathetic neighbour in the TV sitcom Back To Life, Adeel Akhtar turns up in a not dissimilar role at the heart of Clio Barnard’s latest intimate low budget feature.

Ali’s bright and bubbly demeanour hides his loneliness and sense of rejection beneath the surface. In Back To Life, his wife had severe dementia and had lost all social capacity. Here, his wife has moved on emotionally, moving him to the basement, before they’re able to tell their family.

Ava’s loneliness stems from something else entirely. Domestic violence and bereavement.

Ali finds self-worth in helping his tenants and emotional enrichment from his music – techno dance music.

Ava too finds solace in music – but her preference is country music.

He’s from a middle-class Asian family. Her family is white and working class.

The unlikely pair surprise each other by how quickly they fall for each other – Ali needs to move on from his wife, while Ava can’t remember the last time she felt loved. But outside pressures soon start to take their toll; when Ali’s sister sees them out together, she thinks he’s cheating on his wife – and Ava’s son finds it hard to reconcile with the idea of anyone – let alone an Asian man – taking his father’s place.

Following the couple’s relationship – over the course of a month – Clio Barnard pairs low-key romance with social commentary, as it examines the way race, social class and family expectations play into personal relationships. As well as a differing taste in music.

There’s more warmth than passion, more character than plot and what plot there is doesn’t always flow smoothly. Ali & Ava is not a Hollywood romance, but a sensitive portrayal of a real romance that’s always good natured and never bitter.