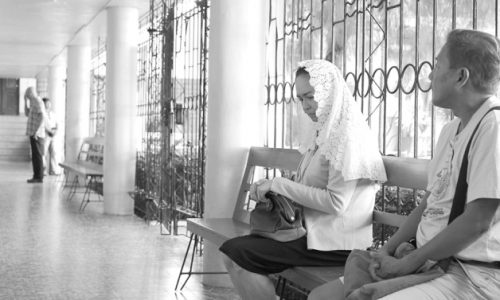 A black-and-white revenge film from the Philippines, with a running time of nearly four hours, has won the top prize at the Venice Film Festival. The jury, headed by SPECTRE director Sam Mendes, handed the Golden Lion for best picture to The Woman Who Left, by Lav Diaz.  “This is for my country, for the Filipino people, for our struggle, for the struggle of humanity,” he said as he accepted the award.

The Silver Lion award for best direction was shared by Russia’s Andrei Konchalovsky for Paradise and Amat Escalante, from Mexico, for The Untamed.

Oscar Martinez, from Argentina, was named the best actor at the festival for The Distinguished Citizen, while Emma Stone won the best actress award for Whiplash director Damien Chazelle’s follow-up, La La Land.

Noah Oppenheim won the best screenplay award for his biopic, Jackie. Ana Lily Amirpour was given the Special Jury Prize for The Bad Batch and Germany’s Paul Beer was named the best new young actor, for her performance in Frantz.