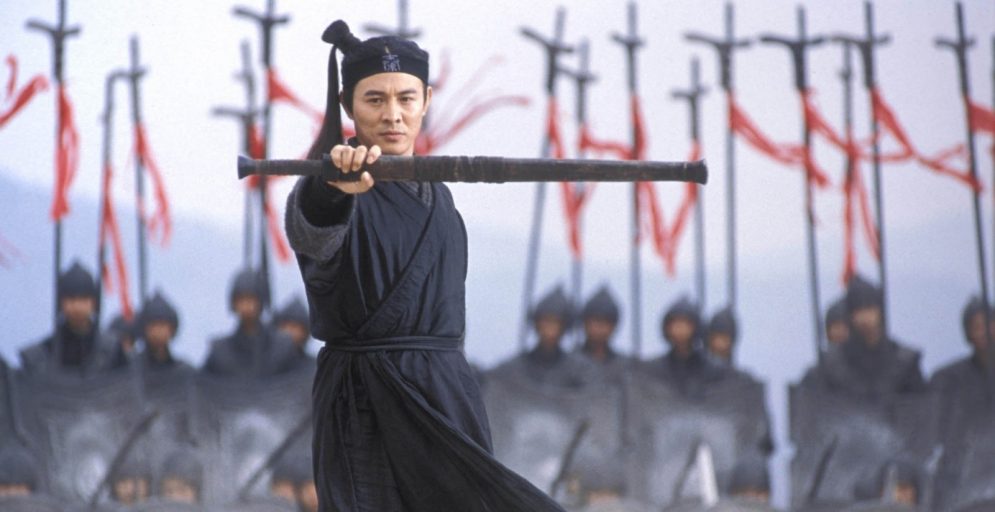 A mysterious warrior (Jet Li) arrives at the tightly guarded palace of the king of Qin province to announce that he’s slain the king’s three main adversaries.

The warrior goes into graphic detail, describing how he killed the potential assassins, using a combination of his skilled swordsmanship and cunning.

But the king doesn’t believe him and imagines his own version of events, leading to a tense confrontation.

A far cry from Zhang Yimou’s previous work, such as the contemporary comedy Happy Times, the drama Not One Less and his earlier Raise The Red Lantern.

As beautiful as they were, this martial arts marvel blows them, and most films, out of the water.

From the colours to the choreography, you won’t forget this.

Very showy, but clever and rewarding.