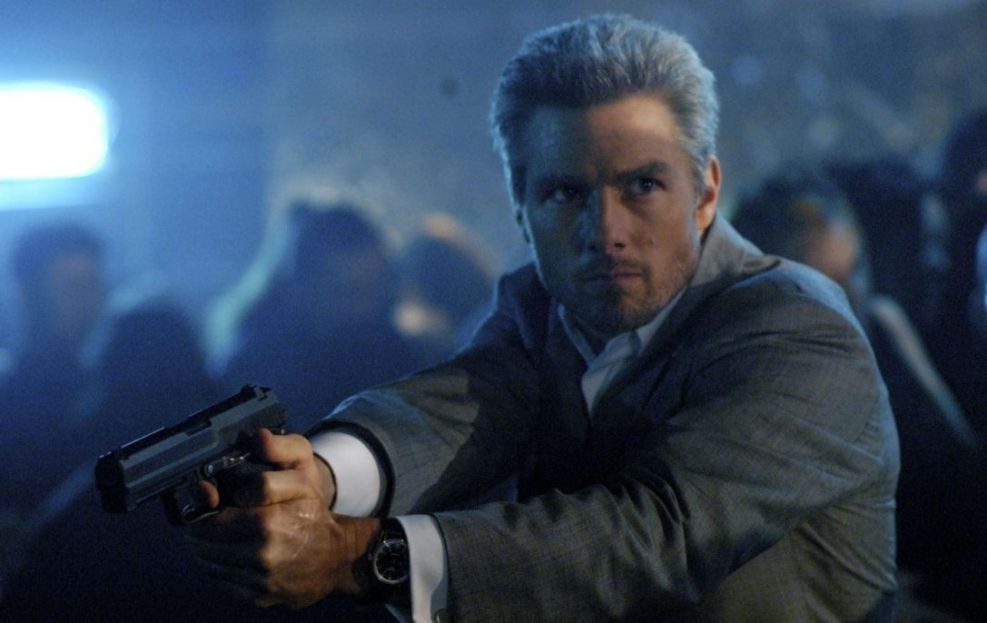 Cabbie Max (Jamie Foxx) is saving up to start a limo firm. It’s been a good night.

A sexy passenger invites him to call her later, and his next fare, Vincent (Tom Cruise), offers him 700 dollars to make five stops and return him to the airport.

Scared for his life, Max plays along, waiting for a chance to outwit Vincent.

The story is shallow and inconsequential by Michael Mann’s usual standards, but his slick and competent direction lift it above the average Hollywood thriller.

An excitable Jamie Foxx neatly balances a cool Tom Cruise, but it’s so rare to see Cruise as the bad guy, you might find yourself rooting for him anyway.

It’s let down by Hollywood clichés like the stairs being as quick as a lift and people running from crashes unharmed.

But it’s certainly an entertaining ride.