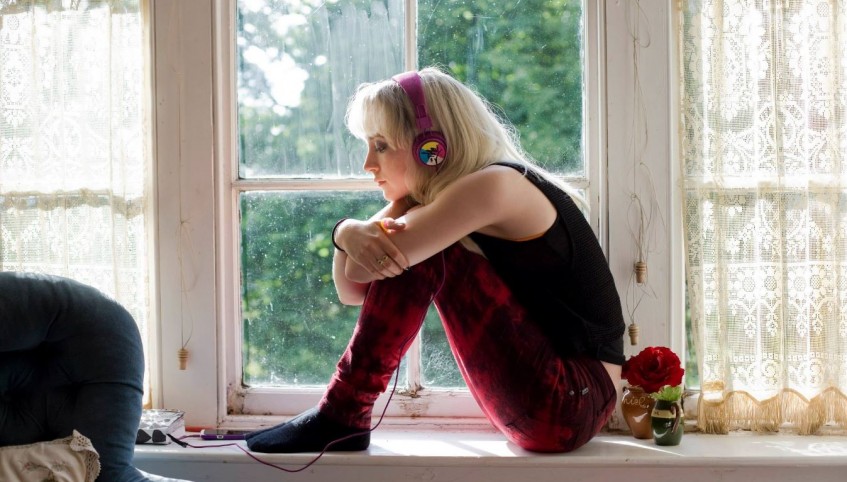 American teenager Daisy (Saoirse Ronan) is sent, against her will, to spend her summer with her English cousins. They’re tremendously excited about the visit of their exotic American relative, but she just wants to shut herself away in her room, listening to music.

The middle cousin, Isaac (Tom Holland) is a little younger than Daisy and keen to do all he can to make her feel at home in their remote house, while older brother Edmond (George MacKay) is less sociable, more interested in doing manual work in the gardens than socialising.

Young Piper (Harley Bird) is delighted to have another girl around the house, since their mother (Anna Chancellor), a security expert, is always away from home.

One afternoon, Daisy finally gives in to an invitation to join the others, swimming in a nearby stream. The experience softens her slightly. On the way back, the group stop to relax in a meadow.

Suddenly, what looks like being a peaceful summer break is shattered. A distant explosion heralds the start of a civil war.

The children try to shut themselves away in the house, in the hope that they can look after each other until it all goes away.

But before long, the military turn up. The boys get taken away to labour camps, while the girls are sent to lodge in safe houses.

The cantankerous loner from the start of the film has to grow up quickly and take on the responsibility of an adult to keep Piper safe and try to beat martial law and reunite the family.

This is one of those peculiar narratives that suddenly, necessarily and purposefully shifts direction abruptly. What begins as a character drama about an anti-social teenager being forced to spend time with cousins she neither knows nor wants to know, suddenly turns into a story about survival during a nuclear civil war.

Kevin Macdonald is a director who can and does handle the two different moods with skill, but the film does still feel a little disjointed.

Usually, the journey audiences are going to be taken on is signposted, allowing viewers to think about how they might get from A to B and engage with the plot, but apart from seeing a few military vehicles on the roads in the opening scene, there are no real suggestions about where this story is going until the peaceful afternoon in the meadow is disrupted by a devastating explosion.

This makes you feel that you’ve wasted your time engaging up until this point and throws you into a new story from a standing start. The former is frustrating but the latter is a clever directing device that keeps the audiences as much on their toes as the characters.

Daisy becomes more likeable as she grows up and accepts responsibility, making her character arc worth following, although few other characters seem to develop much at all and some of the acting from the English cast feels a little wooden, alongside Saoirse Ronan, convincingly playing American. Most of the adults – soldiers, foster parents, even Daisy’s aunt – are little more than objects to nudge the plot along.

How I Live Now, based on the novel of the same name, is stylish, but slow and fails to ring true. Without Saoirse Ronan, it would have felt dramatically flat but she makes it watchable and gives you something to think about.