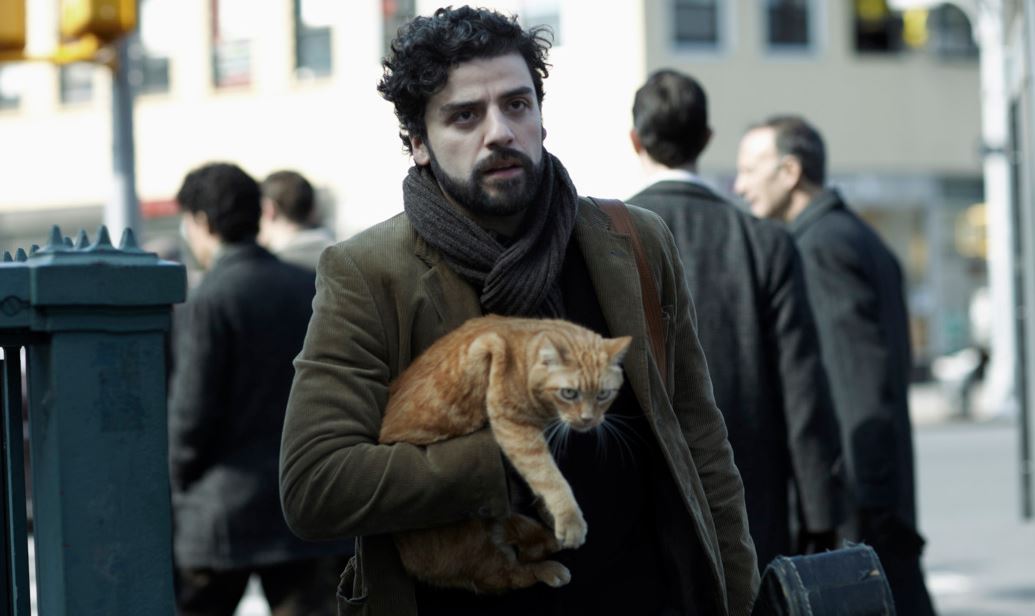 In 1961 New York, folk singer Llewyn Davis (Oscar Isaac) is trying to forge a new career as a solo artist after the other half of his double-act dies.

But things aren’t going so well. Down on his luck, he spends nights trying to find friends who’ll let him sleep on their sofa and he spends the days roaming the streets with his guitar, searching for the cat he accidentally let out.

Then there are the evenings, when he hangs out in the clubs where he hopes to make his name, only to find other singers stealing his glory.

Over the course of one eventful week, Llewyn sees every hope dashed and every dream crushed.

Any film by the Coen brothers is always eagerly awaited and from its introduction at the Cannes Film Festival to the current awards season, it’s been wowing critics and audiences alike. It’s certainly worthy of the Coen name, but it won’t go down as one of their best, except among folk music fans.

There’s no doubting the brothers’ skillful film making, from the casting of the finest actors and eliciting confident and believable performances to using the appropriate colour palette of Bob Dylan’s Freewheelin’ album and lacing it with the quirky, dark humour that comes from failure-induced bitterness.

But fine as Oscar Isaac is throughout, his selfish supercilious persona makes it hard to care about him – in fact, it’s likely that you will end up enjoying his misery as real life brings him down to earth with a thoroughly deserving bump.

The film is similar in tone, in that sense, to 2009’s A Serious Man, which also centres on a nebbish increasingly removed from those around him, although the protagonist there was easier to identify with.

Set against the backdrop of the early 1960s New York folk music scene, the film, it’s characters and themes will instantly resonate with anyone interested in the period, but for others, it could feel like a somewhat self-indulgent exploration of the scene through a central character who is as cold as the city.

When the highlights of a film include musical numbers involving a range of other singers, that says something about storytelling.

To say that the rather unrewarding story is fitting of an unrewarding character lets the brothers off the hook. The circular tale isn’t a particularly engaging story, but for what it is, it’s well told.