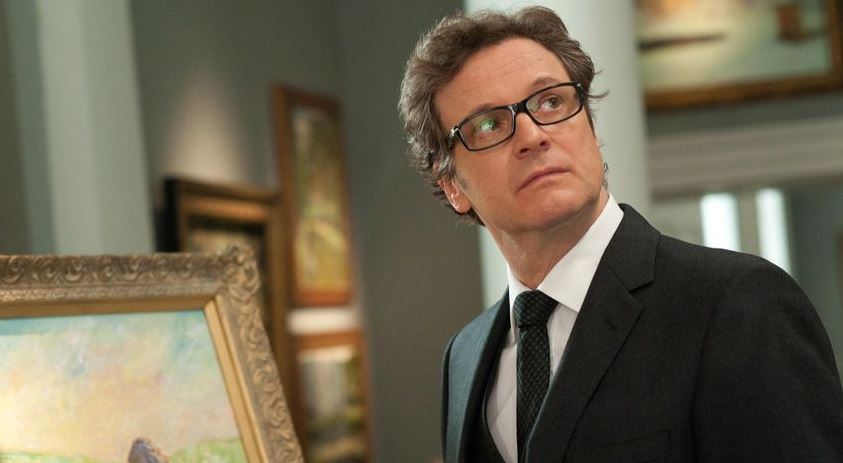 Struggling for money after years of bullying at his boss’s hands, Harry decides to solve all his problems by tricking Shahbandar into spending millions of pounds for a worthless fake.

Shahbandar’s pride of joy is Monet’s Haystacks at Dawn, a companion piece to the long-lost Haystacks at Dusk; how he would love to own the pair.

The elusive painting was last known to be owned by an American soldier named Puznowski and Harry has traced a Texan cowgirl with the same surname, PJ (Cameron Diaz).

He and his forger friend Major Wingate (Sir Tom Courtenay) head to the US to try to persuade PJ to join their scam, but with Shahbandar bringing in a new curator (Stanley Tucci) to oversee his collection, getting PJ to the UK is the least of their problems.

If the plot sounds at all familiar, it won’t be a surprise to hear that this is a remake of the 1966 film of the same name starring Sir Michael Caine and Shirley MacLaine.

Film-goers often approach remakes with caution, but with a screenplay by the Coen Brothers and starring Colin Firth, Cameron Diaz, Alan Rickman, Sir Tom Courtenay and Stanley Tucci, among others, what could go wrong?

Sadly, almost everything does.

There are two parts to Gambit – a heist film and a comedy farce. The heist is effective in parts, but the farce descends into – well – farce. It’s so incompetently handled, with Colin Firth catching his trousers as he finds himself climbing along a ledge outside the Savoy Hotel, for oh-so-hilarious reasons I shalln’t trouble you with here.

Suffice to say that the set-ups are corny, the faces are am-dram and the direction is clumsy.

Although he practically phones in his performance, the forlorn Firth is likeable enough, but most of the other characters are either jigsaw pieces or caricatures and the plot is disastrously incoherent.

If you’re looking for an amateur, mildly amusing farce of little consequence, there is something to enjoy here, but if you’re expecting anything exciting from the cast and writers, you’ll be sorely disappointed.

It’s almost a shame cinemas don’t charge less to see disappointing films. Gambit would be worth paying a pound or two to see, but it’s certainly not worth the ten pounds you’ll need to scrape together to visit your local multiplex.

Remaking a 60s comedy always risks leaving you a hostage to fortune and this is one gambit which has not paid off.