The BFI’s London Film Festival team has been busy since before Cannes, watching, soliciting and welcoming films for submission to screen to audiences across the capital – and the country – between the 7th and 18th of this month.

The programme includes the winners and highlights of festivals around the world, as well as films that are sure to be in the running for awards at the Golden Globes, BAFTAs and Oscars in the months ahead.

Many are premieres – getting their first public screening in the UK, Europe or even the world. Some come with the publicity of major studios behind them, while others have only the enthusiasm of cast and crew to promote them.

The BFI, which stages the festival, has produced a 110 page programme, outlining the 240 films on offer. But if you don’t have time to study that and you want to know What’s Worth Seeing at LFF 2015, we’ve gone straight to the top and asked the festival’s director Clare Stewart for her pick of the bunch: 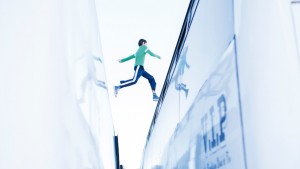 THE IDOL, by Hany Abu-Assad, the Oscar-nominated director of Paradise Now and Omar

“He does an extraordinary job of creating this film which is about the real-life story of Mohammad Assaf, who won the Arab Idol contest, having grown-up and escaped the Gaza Strip, in order to participate. It’s a brilliant film. For people who loved Wadjda or who loved We Are The Best, it’s sort of a chorus of all the best elements of those two films.” 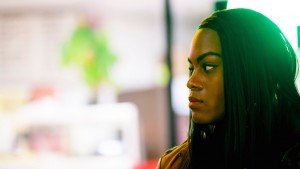 TANGERINE, by Sean Baker, screening in the Official Competition selection 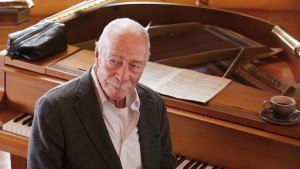 REMEMBER, by Atom Egoyan, one of many directors making a return to the festival

“A really interesting new film, featuring a fabulous performance from Christopher Plummer in the central role as a man with Alzheimer’s who, after the death of his wife, goes on a mission to track down the Nazi commandant who’s responsible for the deaths of his family. A really intricate and intense slow-burn thriller.” 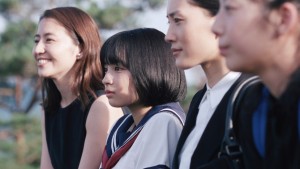 OUR LITTLE SISTER, by Hirokazu Kore-eda, described by Clare Stewart as a “festival favourite”

“His previous film, Like Father Like Son, was a real hit at the festival a couple of years ago. This film focuses very much on female characteristics, has a really subtle resonance of the great Japanese director Ozu. It’s about three grown-up sisters, who are sharing a house together, and they take in their half-sister after their father passes away. It’s a really subtle, beautiful film about sisterhood.” 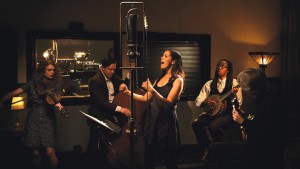 “A really intriguing film for music lovers. It centres around a technical device, the Western Electric Lathe. It’s produced by T Bone Burnett, Jack White and Robert Redford, who are all celebrating this technology and bringing together a raft of musicians including the likes of Sir Elton John and Willie Nelson, who are all enlivened and, I think, excited to be working within the confines of this now out-dated technology.”