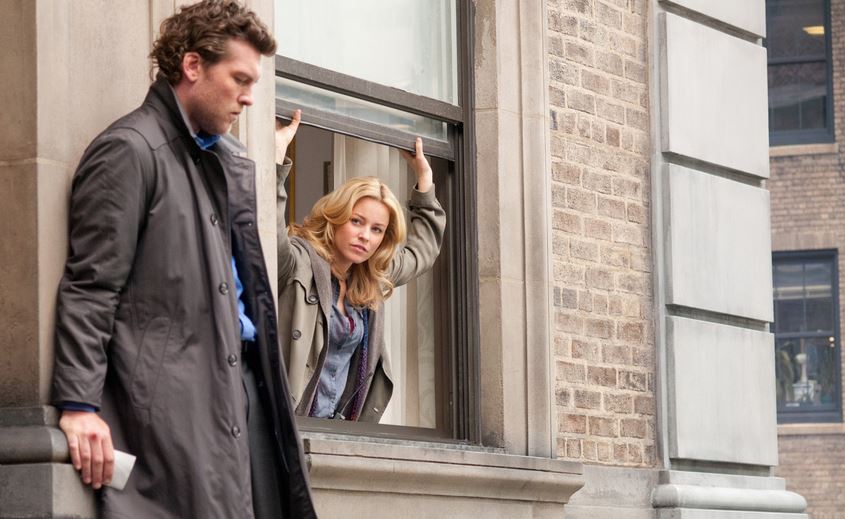 Resourceful disgraced former cop Nick (Sam Worthington) is serving time for stealing a huge diamond from the ruthless billionaire property tycoon Englander (Ed Harris).
During a day out of prison for a funeral, he stages a daring escape and the next time anyone sees him, he’s perched on a ledge, more than twenty floors above a busy Manhattan intersection, threatening to jump.
Crowds gather – press helicopters circle above – police flock up to the hotel room where he had a last meal and left a suicide note, before climbing out of the window.
Detective Dougherty (Ed Burns) is the first on the scene, but Nick demands to see Lydia Mercer (Elizabeth Banks), famed for overseeing the case of a recent jumper.
Determined to prove his innocence in the jewel robbery, Nick has come up with an audacious plan to show he didn’t do it; the only way he can prove that he didn’t steal the diamond before is to steal it for real, so creating a diversion out on the ledge, he co-ordinates a cunning heist with his brother Joey (Jamie Bell) and Joey’s girlfriend Angie (Genesis Rodriguez), crawling through ducts in the vault of Englander’s headquarters across the road.

Man on a Ledge is very much one of those high concept movies where the title says it all. It’s about a man and he’s on a ledge.
When you find out – and it’s early on so I haven’t spoilt anything – that he’s not really planning to jump, it becomes a different film – there’s some heist, some revenge, plenty of betrayal and corruption – nothing particularly new, but neatly wrapped into an entertaining enough package.
The action sequences are effectively co-ordinated, from his escape from custody to the arrival of the SWAT team, his brother’s Mission-Impossible-style burglary to Nick’s eventual escape from the roof.
Some of the scenes will have you holding your breath with excited anticipation, but others will have you scoffing with disbelief.
This film balances precariously on the line between the two.
The plot itself is hackneyed – wronged former cop tries to prove his innocence while bringing down those who set him up – and while it looks impressive, if you stop and listen to pay attention to the plot and how it’s unfolding, there are too many stereotypes playing bad guys by numbers.
Man on a Ledge is harmless enough – it certainly won’t upset anyone enough to get them climbing out of the window themselves, but while it sets out to be a high concept thriller, it relies too comfortably on rather a lot of cliches to reach its inevitable conclusion.