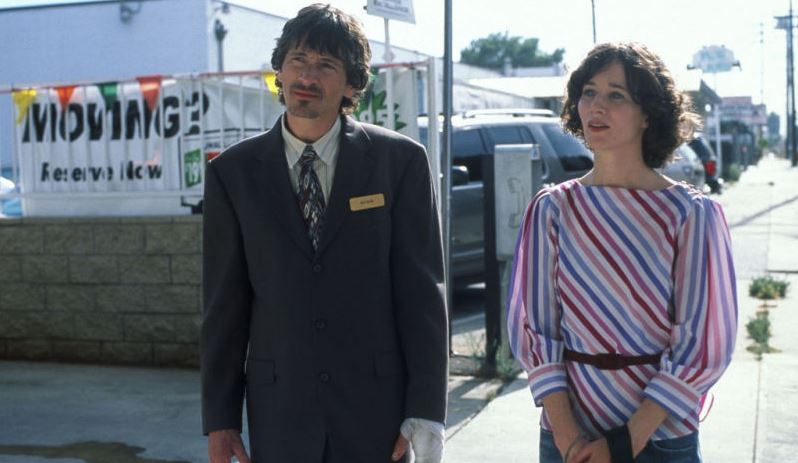 Christine (Miranda July) earns nothing from her obscure modern art, so she runs a taxi service for the elderly on the side.

During a trip to the shopping centre, while her passenger is trying on some shoes, she meets the nervy, newly-divorced salesman Richard (John Hawkes).

A relationship slowly develops between them that’s almost as surreal as her art, as the characters around them – from his children, their neighbours and a gallery owner – form unexpectedly bizarre bonds of their own.

This is a worthy addition to the sub-genre of the whimsical romantic comedy.

It’s so detached from reality that it’s best viewed as a fairytale, although as fairytales go, it’s not particularly magical.

The characters and situations are inevitably rather surreal, yet strangely appealing: there’s Richard’s delightful youngest son (Brandon Ratcliff), who can hardly speak, yet accidentally falls into an X-rated on-line relationship; his older son (Miles Thompson) who – despite letting two precocious neighbourhood girls use him to test out their seduction skills – becomes enchanted by the bizarre girl next door; the elderly lovers and the lonely gallery curator – not to mention the quirkily neurotic leads.

They’re all given enough charm and wit to string you along, and even though the plot is slight and largely insignificant, you’ll catch yourself smiling all the way through.

More importantly, you feel warm when you leave the cinema.

It shouldn’t have worked, but thanks to the everyday likeability of the characters, it did.