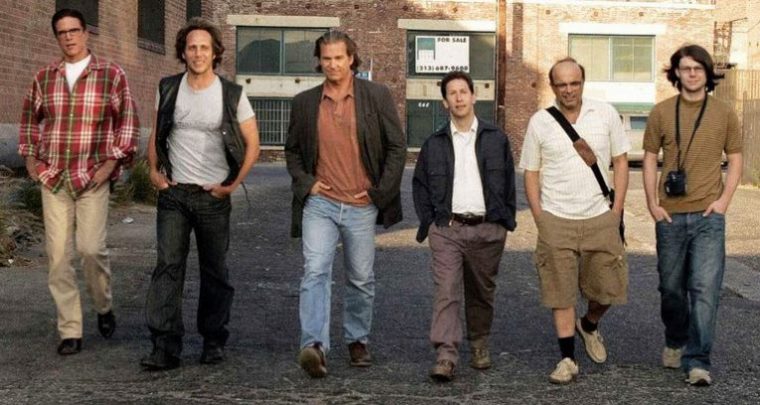 Andy (Jeff Bridges) is finding it hard to come to terms with the fact that his ex-wife (Jeanne Tripplehorn) and son are now living the live of luxury he could never give them, courtesy of his wealthy replacement.

Surrounded by his friends, in his small-town bar, he sits down to think of a way to make something of himself, to prove to his son that he’s a worthy father.

From coming up with a “story” and finding a suitable “cast” to raising a suitable budget, the production team hit one obstacle after an other, and just like any other low-budget film-makers, have to make the most of what – and who – they can get their hands on.

Andy and his rag-tag group of misfit friends pull together to make the best film they can in the circumstances, working to sort out their own issues on the way.

OK, so it’s not the most original premise – its amateur movie-making exploits recall such films as Bowfinger or Living In Oblivion in their mindless optimism and catalogue of catastrophes.

Like those films, the likeability of the characters really makes you care.

And like another recent movie-biz satire, Kiss Kiss Bang Bang, it breaks with convention by using a knowing narrative to relate on a one-to-one basis with the audience, pointing out things you should be looking out for and acknowledging that you’ve probably seen enough films to be able to work out what’ll happen next.

It’s quirky and cute as the townfolk rise to the occasion, with the most unlikely men and women agreeing to bare the necessary parts and pull out all the stops to help, learning about the film-business in the process.

The innocence of the characters – such as Fichtner’s Otis, so desperate to help his friend that he’d be willing just to hang around on set and watch – makes this an unexpectedly charming film, given that it’s about a bunch of pornographers.

Another fine, “Dude-like” performance from Bridges – one of the most underrated stars Hollywood has to offer – leads you through the group’s misadventures with boundless, if misguided enthusiasm.

Even when the latter parts of the plot follow exactly the formula you’d expect, the inescapably, if ironically good-natured twists and turns will keep you on board.

Its gentle humour is oddly clean and there’ll be times when even the most hardened viewer will find it hard not to laugh out aloud.