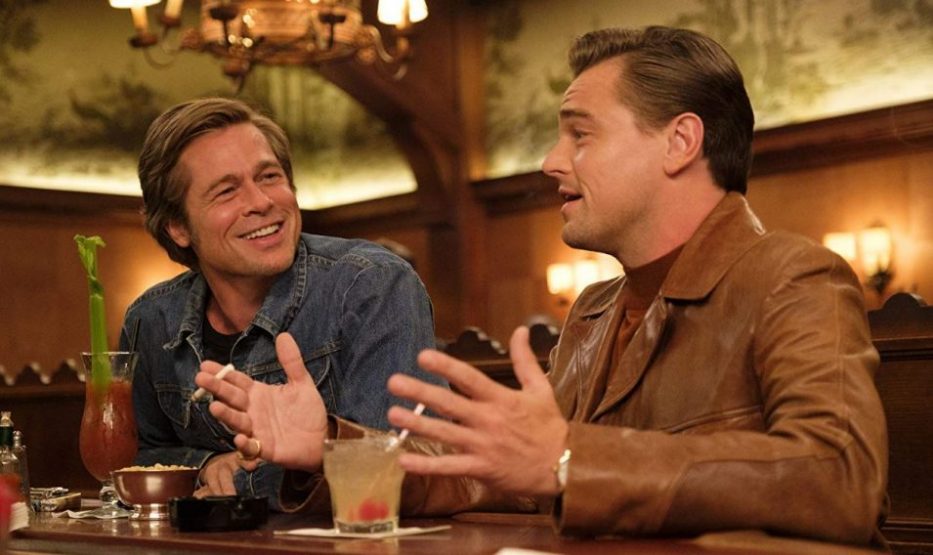 We’re at the tail end of the 1960s and Rick Dalton (Leonardo DiCaprio) is a fading TV star, struggling to stay relevant in a changing Hollywood.

The director Roman Polanski (Rafal Zawierucha) and his wife, the actress Sharon Tate (Margot Robbie), have just moved in next door and he’s hoping that could help his career prospects.

Rick’s friend and sidekick Cliff Booth (Brad Pitt) was his stunt double for years but, in the absence of meaty roles, has more recently been relegated to the role of driver.

While waiting to pick him up from set one day, he ends up giving a lift to a young woman he meets at the roadside; Pussycat (Margaret Qualley) takes him back to the compound where she lives – once used as the set for a show that Rick starred in but now the home of a cult-like gang, known as the Manson Family.

Anyone familiar with Hollywood history will start to join the dots from here – but in typical Quentin Tarantino fashion, the bloodbath he delivers isn’t the one you might expect.

There’s almost no point in reviewing a Quentin Tarantino film – audiences will either love his sprawling, culturally aware dramas, with eloquent heroes meting out violent justice where appropriate – or they’ll hate his overlong, self-indulgent tales of crime and brutal revenge.

This film fits perfectly into his oeuvre – it’s vintage Tarantino with little to change anyone’s views of this former video store clerk who jumped from behind the counter to the shelves in exuberant style.

From the start of his career, Tarantino has had the clout to attract the biggest stars in Hollywood and with Leonardo DiCaprio and Brad Pitt bouncing off each other, this is no different. Aided by Tarantino’s typically snappy dialogue, both stars are on top form, but while DiCaprio’s fading star is a character not unfamiliar with the big screen, Pitt’s bruiser is one of the more satisfyingly complex individuals to grace Tarantino’s work.

In fact, while pure cinephiles will get a lot from DiCaprio’s struggles within the entertainment industry and the in-jokes that come with it, mainstream audiences will be more satisfied by the ups and downs of Pitt’s life. An overlong saga could have been concentrated into a more engaging two hours by trimming a bit of Rick Dalton and homing in on Cliff Booth’s more interesting and entertaining journey.

It’s an ambitious and hugely proficient enterprise but as Tarantino becomes more canonised with each film, it has a tendency to feel just a little ill-disciplined at times.

Using a technique loosely employed in his Second World War thriller Inglourious Basterds, Tarantino massages history into a series of events he might have preferred, which results in a suitably explosive finale that’s just about worth the long wait – but while some might delight in his twist on the world, others could feel cheated.

But since it’ll be Tarantino fans who delight in his world and critics who’ll find it tiresome, Once Upon a Time… in Hollywood is largely business as normal – essential viewing for his fans and not worth the nearly three hour running time for those who feel they’ve seen it all before.