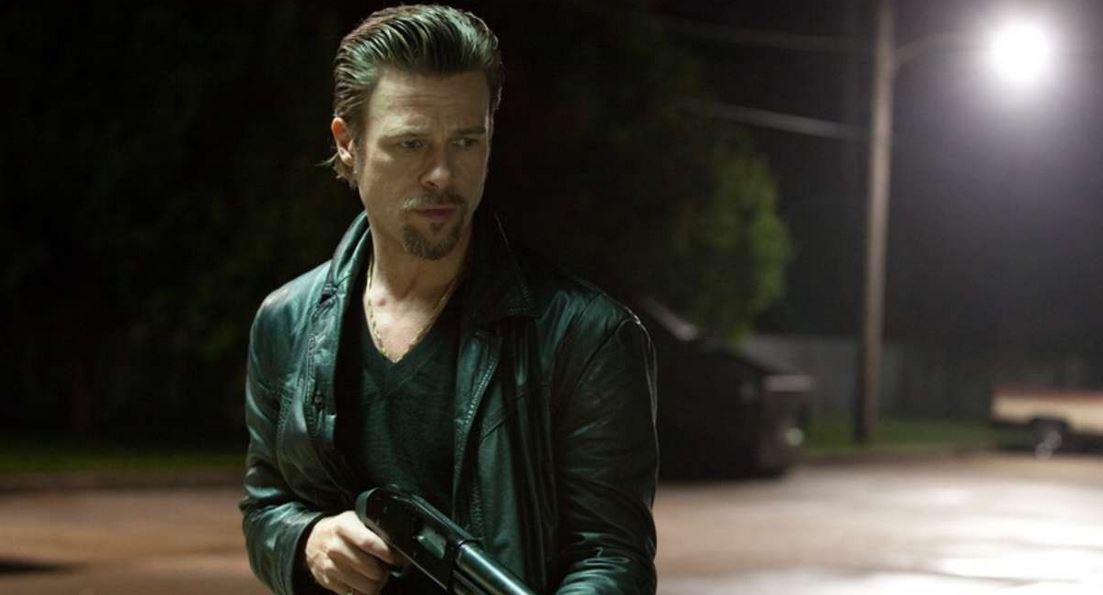 Frankie (Scoot McNairy) is low-life. A whiny loser. He’s been offered a job that seems too good to pass up and ropes in his addict friend Russell (Ben Mendelsohn) to knock-off an illegal card game.

One of the players, Markie (Ray Liotta), has previously been caught ripping off one of his games, so if anything like that happens again, the suspicion is sure to fall back on him.

So when Frankie and Russell escape with the cash, all fingers point to Markie and mob enforcer Jackie (Brad Pitt) is brought in teach him a lesson.

Before long, Jackie realises that the facts aren’t quite as advertised, but it’s all about perception – if people think Markie is behind the raid, the only way to restore confidence is to act as if it was indeed Markie.

But once Jackie has dealt with Markie, he sets out to find the real culprits.

This feels like a modest film – with a small cast, few locations and no particular stunts or effects to speak of – such small films rarely feature cast of the status of Brad Pitt or a director of the provenance of Andrew Dominik.

It’s hard for anyone else to get a look-in when Brad Pitt is on screen, and indeed this is a confident performance from an actor who seems to find it increasingly easy to slip into roles, as comfortable playing a smooth underworld killer as a fast-talking baseball coach or a fifties father with short temper.

But Scoot McNairy – best known in the UK for his starring role in Monsters – is surprisingly likeable as a low-life armed robber, while Ben Mendelsohn manages to make an even more vile character empathetic. Ray Liotta is fun, although somewhat typecast, but perhaps the most entertaining turn is James Gandolfini’s cameo as a hapless hitman.

At its heart is a slick thriller, with Pitt’s enforcer tidying up the mess left behind by the lowest of the low, to ensure that the wheels of the underworld continue to run smoothly.

The plot is set against the backdrop of the global economic crisis, with news reports overheard on TVs and radios describing how bankers who lost money are receiving government bailouts as we see how the criminal underworld sorts out its own economic problems. But while the suggestion is that bankers get rewarded for thieving while gamblers get killed for doing the same, this message is a rather blunt and obvious comment that pretentiously undermines rather than supports the thriller at its heart.

The film would work equally well without the characters stopping to watch the news to find out that they’re not the only ones with money problems. Sometimes, seeing criminals believing that they’re isolated in their desperation makes their plight more powerful, rather than this attempt to impart if not nobility on the gangsters, criminality on the bankers.