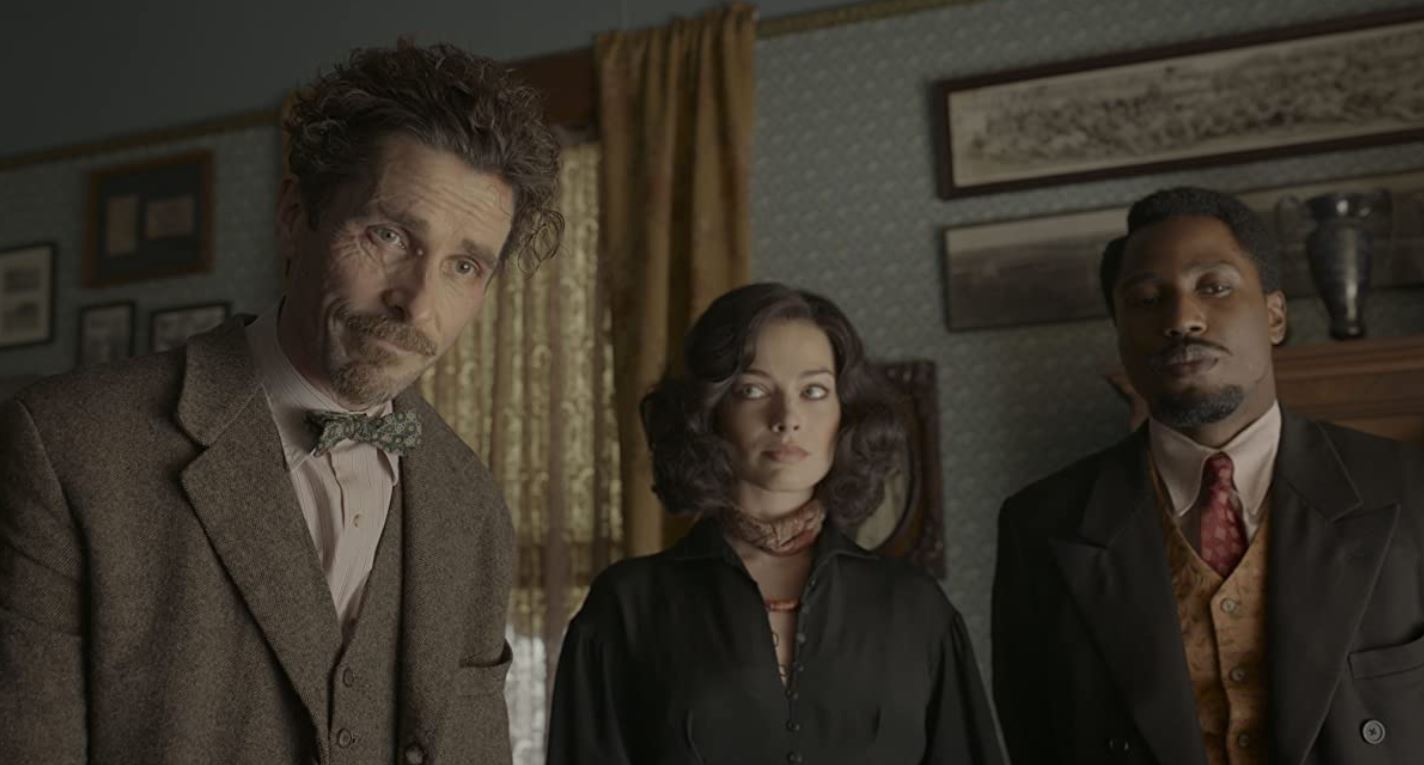 It’s New York in 1933 and Burt Berendsen (Christian Bale) is a doctor, whose work mostly entails treating the wounds of his fellow Great War veterans. His closest friend is one of his former comrades, lawyer Harold Woodman (John David Washington).

The pair become suspects in the murder of a socialite (Taylor Swift) who hired them to investigate the death of her father – their commanding officer during the war, General Meekins (Ed Begley Jr).

On the run from the police, Burt and Harold try to clear their names by finding – and exposing – the General’s killers.

Initially becoming inadvertent pawns in the plot, they enlist the help of another war hero, General Dillenbeck (Robert de Niro), and uncover a far-right conspiracy to stage a coup, to put a Nazi sympathiser in the White House.

Perhaps the most striking thing about Amsterdam is its almost endless stream of celebrity, a veritable galaxy of stars shine as one big name after another strides on screen – many in unusually modest roles for actors of their stature.

Almost more striking is the fact that this is based on a real-life conspiracy, in which a highly decorated marine veteran, General Smedley Butler, helped to expose a far-right conspiracy to overthrow President Roosevelt – no-one was ever prosecuted, though. “A lot of this actually happened,” writer-director David O Russell tells us at the outset.

A lot of it didn’t, though, which can make the film feel a little uneven. Initially, it appears to present as a Gilliam-esque dark but quirky comedy of grotesques – but once murders, military coups and Nazi conspiracies come into play, much of the humour either vanishes – or feel inappropriate.

The dialogue was snappy – sometimes trite and workmanlike but often enlightening – and the production design was impressively detailed and authentic. Emmanuel Lubezki’s immerses you in the period.

The narrative was overly complex, often driven by convenience or coincidence and not entirely convincing.