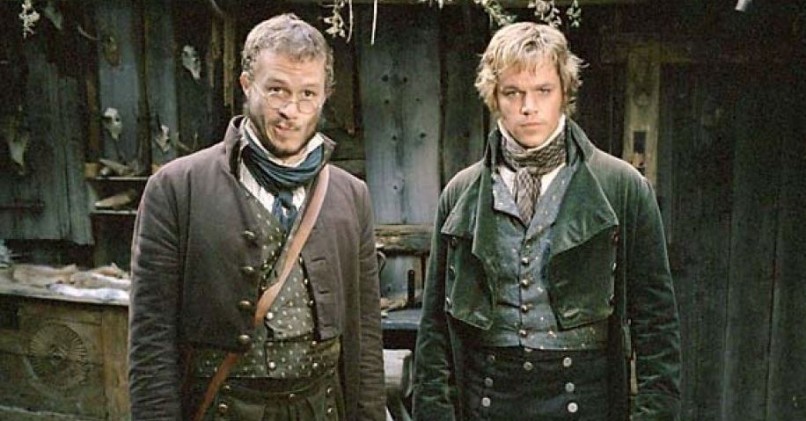 It’s the first half of the 19th Century, along an ever-changing French-German border, and the Grimm brothers take their entourage from town to town, earning a crust by defeating demons and wiping out witches for the frightened townsfolk.

What the locals don’t realise is that Will (Matt Damon) and Jacob (Heath Ledger) are a pair of conmen, using technical tricks to make their employers believe they’ve overcome non-existent fairytale baddies.

But things take a turn for the worse when they’re detained by the advancing French general, Delatombe (Jonathan Pryce), who forces them to brave an enchanted forest to find some young girls who’ve been kidnapped.

When they really do find themselves up against magic, they have to think fast to stop the fairytale turning into a nightmare.

There are really only two directors who come to mind when fairytale-type storylines come up – Tim Burton and Terry Gilliam – so it’s no surprise to find Gilliam at the helm.

Unfortunately, he’s at the helm of a vehicle which is beneath him – his fluid sweeping camera, stylish sets, imaginative contraptions, magical effects and entertaining performances (from the brothers, in particular) can’t overcome the fact that the story is too weak and inconsequential and the script is frustratingly sluggish.

As a result, the film has none of the edginess of his previous explorations of the genre – such as Brazil, Time Bandits or Fisher King – so while it’s visually impressive, and at times humorous enough, it’s lacking in emotional and intellectual punch.