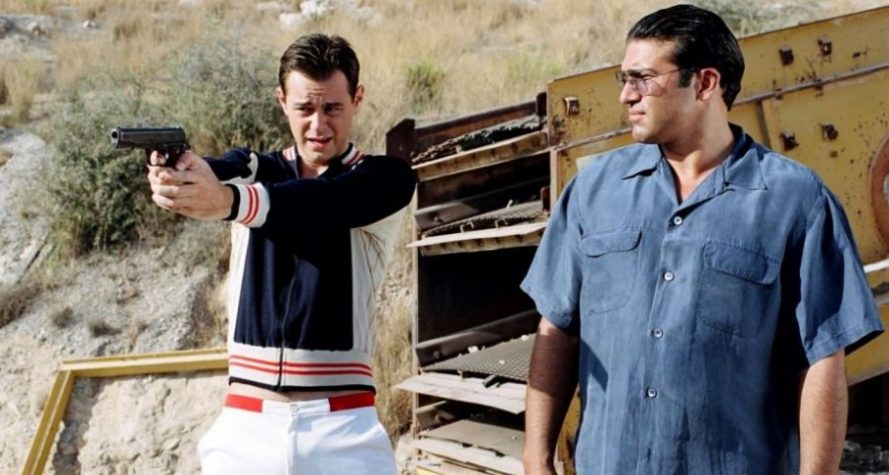 When Frankie (Danny Dyer) ends up on the wrong side of the law in 1980s London, a friend sets him up with an ex-pat gang-boss at his Costa del Sol bar.

Gangster Charlie (Tamer Hassan) takes Frankie under his wing, against the judgement of his psychotic partner, Sammy (Geoff Bell).

Soon, they’re all living the high-life, off the profits of their drug deals, until jealousy and betrayal are thrown into the mix, with tragic consequences.

For his third film, Love brings back the British gangster flick, and follows Sexy Beast to the “Costa del Crime.”

But whereas that film was carried by two powerhouse performances from acting heavyweights, Ben Kingsley and Ray Winstone, this is more dependent on its “rags to riches and back” story.

In that, it’s very reminiscent of the real-life story of George Jung, as told in “Blow,” although Dyer is no Johnny Depp.

But apart from a few inconsistencies, as the plot becomes a little tangled near the end, it largely works.

Although it’s very familiar territory – from the kid taken under the gangster’s wing, to the forbidden lust for a sadist’s lover and a gang’s greed luring them from the relative safety of cannabis to the veritable danger of cocaine – it still manages to feel strangely fresh.

Dyer’s breezy performance, along with strong turns from the two gang bosses, make the plot believable – at least you love and hate the right characters.

And the Spanish sets and music from the likes of Duran Duran firmly position you back in the early 1980s.