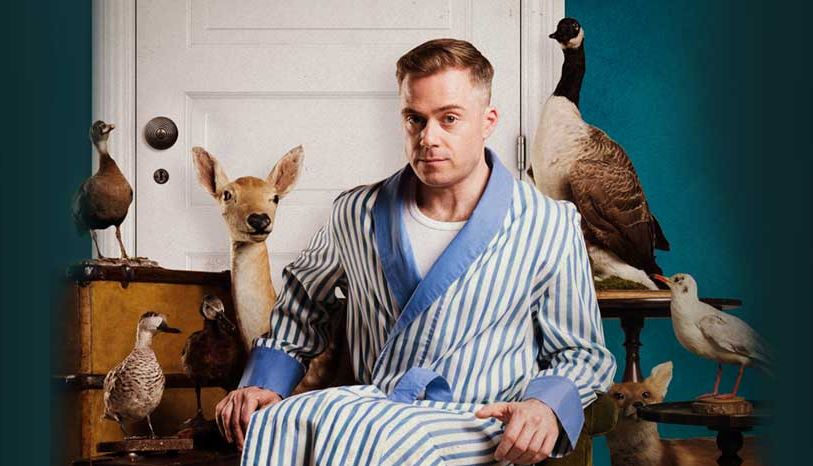 A soldier returns from the battlefield with no memory of who he is.

Welcome Home, Captain Fox! is based on a 1937 play by Jean Anouilh, Le Voyageur Sans Bagage.

The action has been moved by playwright Anthony Weigh from France to east coast America.

The story of an amnesiac soldier set in a sweltering 1950s summer doesn’t sound like the ideal starting point for laughs – but this is a fast-moving, smart-talking comedy, with finely-crafted barbs zipping across the stage like poison-tipped darts. Settle down for a play full of strong drinks, wide dresses and snappy one-liners.

Our clean-cut wartime hero is taken by a well-meaning woman, Marcee Duport-Dufort, and her weary husband De Wit Duport-Dufort (you’d be weary with that name) to the expansive residence of the Fox family. But is he a long-lost Fox, or does he belong with one of the other 22 families making their way to the house?

While the family are eager to prove he is theirs, Captain Fox (as he is dubbed by his supposed mother) needs convincing.

And with family secrets spilling out of the generously-proportioned armoire, the Captain is in an interesting position. Will his memory return, will it fail him, or will he actively choose one of those options given the choices before him?

Plays such as these rely on a cracking script – this certainly has one – and a talented cast. This small band of players expertly reel off dozens of zingers with barely a breath between lines. The Duport-Dufort partnership (Katherine Kingsley and Danny Webb) are particularly entertaining, and Sian Thomas plays the part of Mrs Fox with a wonderfully supercilious air.

The Donmar’s fine reputation – and extensive range – is further cemented with this wonderful production.