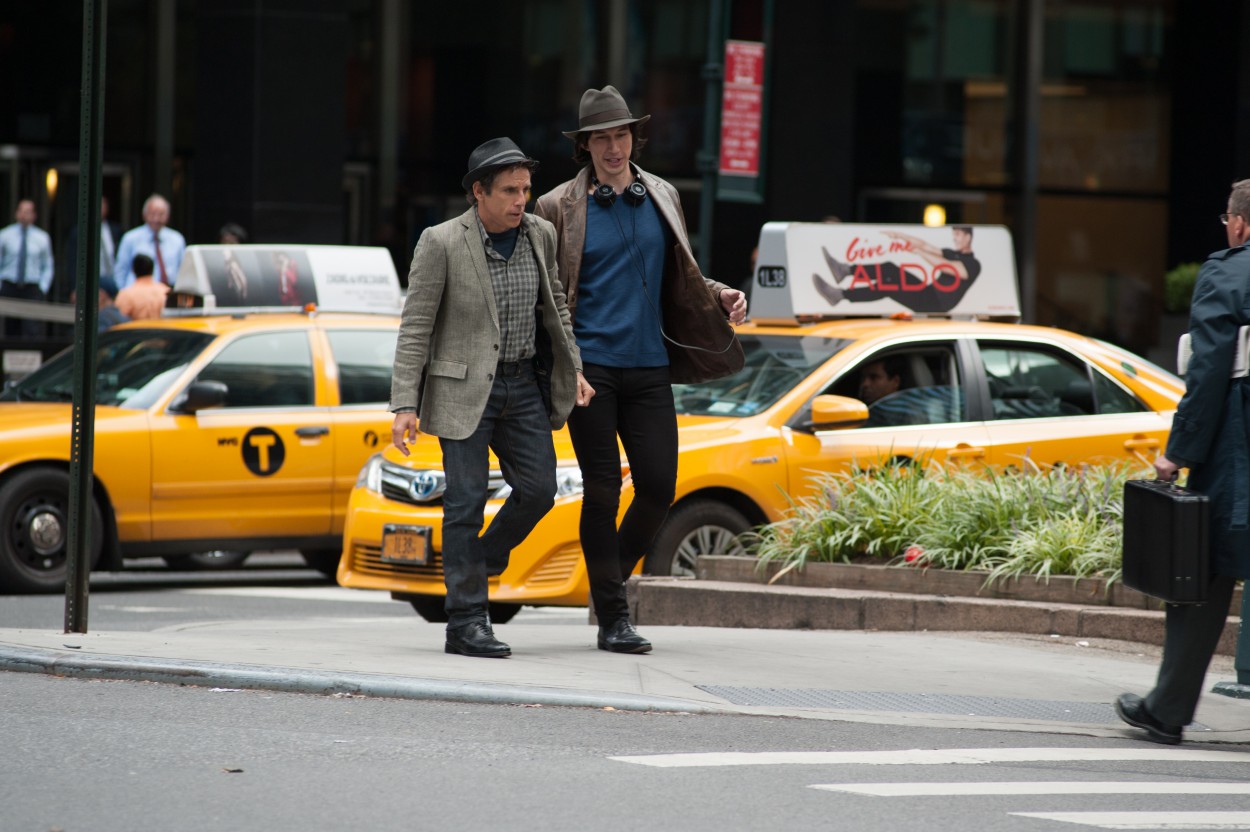 Josh (Ben Stiller) and Cornelia (Naomi Watts) are a happily married childless couple in their early forties. They’re both documentary makers, but while Josh, with his high values, is stuck on that “difficult second documentary,” Cornelia is more successful, not least because of the support she gets from her father Leslie (Charles Grodin), a highly respected veteran of the industry.

Trying to earn money to finish his film, after his grant money has dried up, Josh is doing a bit of lecturing, and a couple of students, Jamie (Adam Driver) and Darby (Amanda Seyfried) approach him after a lesson to praise his previous film. Drawn in by the flattery, Josh and Cornelia soon find themselves socialising with the young couple, rediscovering the youth they’ve long since left behind.

As a result, they end up leaving behind their best friends Marina (Maria Dizzia) and Fletcher (Adam Horowitz), a similarly aged couple who’ve recently put a wedge in the friendship themselves, by becoming insufferable new parents.

As Josh and Cornelia spend more time hanging out with their new young friends, Josh is persuaded to help Jamie with his own documentary, which starts out as a riff on Facebook but turns into something with more depth, the more digging they do about their subject.

But soon the pressures of life – both personal and professional – start to threaten the relationship between the couples – and between Josh and Cornelia – as they’re forced to consider what’s really important to them.

Writer/director Noah Baumbach examines relationships from many angles and surprises, delights and uncovers unexpected truths from most.

We see a couple desperately trying to keep middle age at bay as they try to keep up with their younger selves – two couples torn apart by the arrival of a baby – a couple revisiting their own long-resolved discussions about whether to have children – an aspiring young couple who are prepared to push boundaries to get their way.

And on another level, While We’re Young also explores the ethics of documentary journalism – from the determination to describe the world exactly as it is to the acceptance that the odd white lie can be useful to reveal a more compelling story, as it sets the pretentious against the precocious, the honest against the opportunist.

It’s an entertaining, enlightening and uplifting romp through the personal and creative difficulties and decisions that life throws at us.

But while many of the themes are revealing and the performances can’t be faulted, the motivations of some of the characters feel a little unlikely, the relationships between others feel contrived to fit the story and the unravelling of the final act feels a little arch, complete with a race against time to a confrontation to a black-tie dinner – all cinematically interesting but somewhat unconvincing in a film that’s otherwise pleasingly truthful.