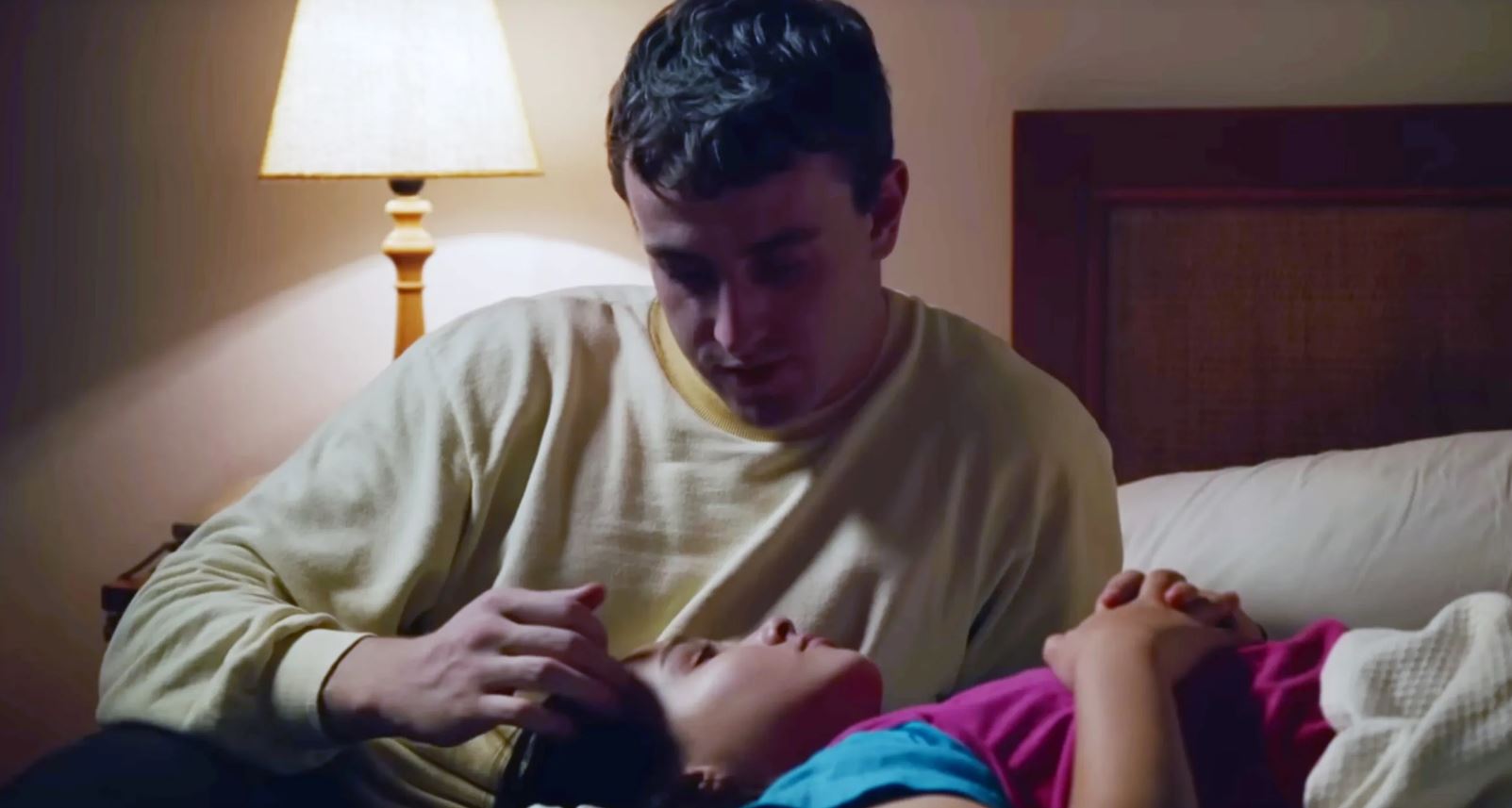 Sophie (Frankie Corio) and her Dad, Calum (Paul Mescal), are on a package holiday in Turkey.

She’s ten years old and getting used to the idea of her parents being separated; Calum no longer lives with Sophie and her Mum in Scotland and is now struggling to make a living in London, so the annual summer break is about the only time they get to spend together.

The warmth between them is evident as he walks the line between treating her like a child and encouraging her to mix with other children at the hotel, to develop a responsible sense of independence.

But while Sophie is having the best holiday of her life, Calum is harbouring feelings he can’t share with her.

The debut feature from Charlotte Wells is centred on two astonishingly warm and believable performances, from Paul Mescal and newcomer Frankie Corio as a father, devoted to a daughter who worships him like a god. It’s a beautiful relationship that any father and daughter could aspire to.

It’s evident from early on that all is not well for Calum – although it’s never clear quite what’s wrong or quite how bad the situation is for him. There are clues – portents – but nothing pays off – not while we’re with the characters, at least – all of which makes the underlying narrative all the more unsettling.

The film is ostensibly presented as the recollections of a favourite childhood holiday of the adult Sophie, but little enough of her is seen to distract from the Turkish trip that gives both Calum and Sophie a break from their every-day lives and some much-valued quality time together.

On the surface, not much happens more than this being an opportunity to watch a generally healthy father-daughter relationship over the course of a valuable but brief week together, but under the surface, there’s more going on – it’s not clear what, but perhaps that doesn’t matter – it’s enough to highlight the fact that you can’t take someone’s outward appearance or behaviour as what’s truly going on inside.

But not really knowing what you’re really watching poses a barrier to truly understanding these characters and the reality of their relationship; is he trying to hide his problems from his ten year old daughter or perhaps hoping her maturity will prompt her to save him? Do his problems stem from his inability to give her what he thinks she needs?

Aftersun has much to say about parenthood, childhood and the gap in between – it also has something to say about the contrast between what’s going on on the surface and what’s lurking beneath – but it doesn’t seem to have the answers to the questions it prefers not to be so blunt as to ask.

It presents itself as a drama – infusing a beautiful slice-of-life tale with an undercurrent of darkness, as it appears to set up moments of certain tragedy, only to take a different path – although by hinting at what might happen outside our timeframe, rather than being a literal presentation of loss, it’s more of a poetic exploration of emotions and memory, as a character looks back on a moment of her life whose happiness has long since faded.

Music is a key part of the backdrop of this 1990s-set holiday, whether it’s music to dance to or sing-along-with, but it’s a version of Queen and David Bowie’s 1980s hit Under Pressure that comes closest to providing the exposition that reveals what Charlotte Wells is getting at.