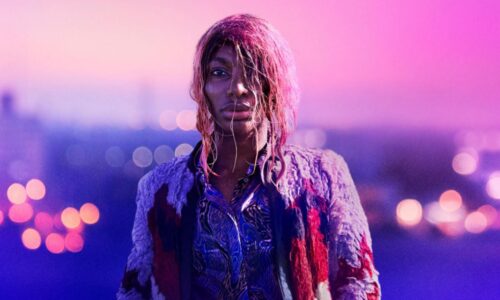 Michaela Coel was the big winner of the BAFTA TV Awards, with two of the top awards on the night to add to two technical awards, already under her belt. At a socially-distanced – part virtual and part in-person – ceremony at Television Centre in West London, she added best Leading Actress and best Mini Series for I May Destroy You to the writing and directing awards she’d already collected.

Coel dedicated the mini-series prize to her crew who, she said, were “the unsung heroes who create everything you see, hear and feel”.

Another real-life black story to be recognised on the night was Sitting In Limbo – telling a tale from the Windrush scandal – which was named the best Single Drama.

Casualty was named the Best Soap, while Best Drama Series went to Sky Atlantic’s Save Me Too. Another Sky show, Life & Rhymes, was named the best entertainment programme, ahead of Strictly Come Dancing and Saturday Night Takeaway.

In the comedy categories, The Big Narstie Show was named the best comedy entertainment programme, Romesh Ranganathan won the best entertainment performance for The Ranganation and Inside No 9 picked up the best scripted comedy prize.

The one award of the night voted for by the public was the “must-see moment,” which went to Diversity’s Black Lives Matter routine on Britain’s Got Talent – which was also the most complained about moment on British TV last year.

And here is a list of the TV BAFTA winners in the main categories:

Male performance in a comedy programme

Female performance in a comedy programme