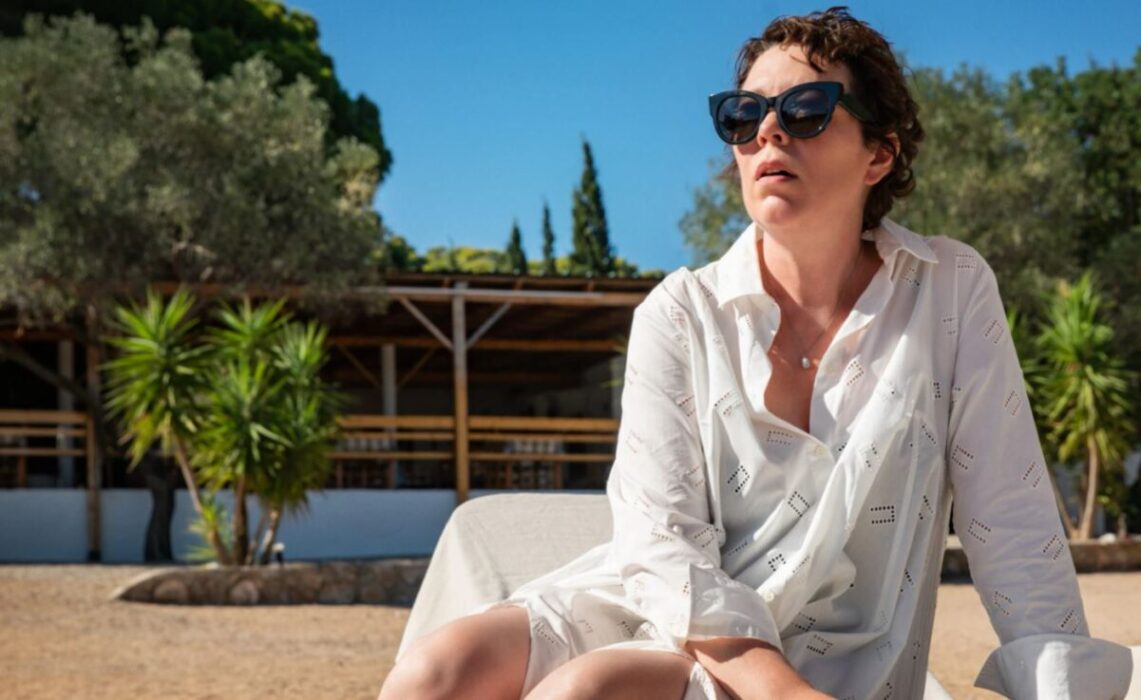 Leda (Olivia Colman) is a US-based British academic, on what she describes as a “working holiday” in a Greek coastal resort. She shares the local beach with a noisy extended family from Brooklyn who act as if they own the place.

Leda is distracted from her work and finds herself entranced by a young woman, Nina (Dakota Johnson), and her three year old daughter. Watching them unearths painful memories from when her own daughters were young. She goes so far as to warn a pregnant woman of the “crushing responsibility” that comes with parenthood.

When a commotion erupts on the beach, Leda realises that the child has gone missing; she joins the search, finds her and returns her to Nina, sealing an unspoken bond between the pair.

Wracked with guilt about what happened with her own girls, Leda withdraws into herself as she becomes increasingly obsessed with Nina and her daughter.

Anyone with children will understand that with the exhilaration comes exhaustion. You can’t just turn off your parental responsibility when you have work to do.

Olivia Colman’s Leda is played as a young woman in flashbacks by Jessie Buckley – both women portraying a different take on an ambitious woman’s difficulty in marrying motherhood with professional life; one seems selfishly determined while the other is steeped in guilt and regret.

In her first time as a feature director, the actress (although not in this film) Maggie Gyllenhaal channels her own experiences as a working mother through her three leading actresses as they each struggle in their own way to combine their own welfare with that of their children. In all three cases, the experiences of the men in their lives is of little consequence.

Many viewers might have pangs of guilt about things they’ve done, helping them identify with Colman’s Leda, as she takes a step back to examine her own past by studying someone else’s present; Buckley is harder to empathise with as she constantly sees her daughters – however much she loves them – as obstacles to everything she wants from her life.

The way Gyllenhaal blends the past and present through flashbacks feels at once confidently mature and precociously student film-making and when initial assumptions are furnished with facts, they’re often not quite as dramatic as viewers might expect.

This psychological drama makes good use of what Hitchcock would have described as a maguffin and a there’s a twist of Hitchcockian proportions to unnerve audiences as Leda’s holiday draws to a close.

The three female leads are mesmerising – from Colman’s naturalism to Buckley’s desperation and Dakota Johnson’s exasperation – but the emotional journey doesn’t quite end up at a destination that makes it feel like the experience was worthwhile.