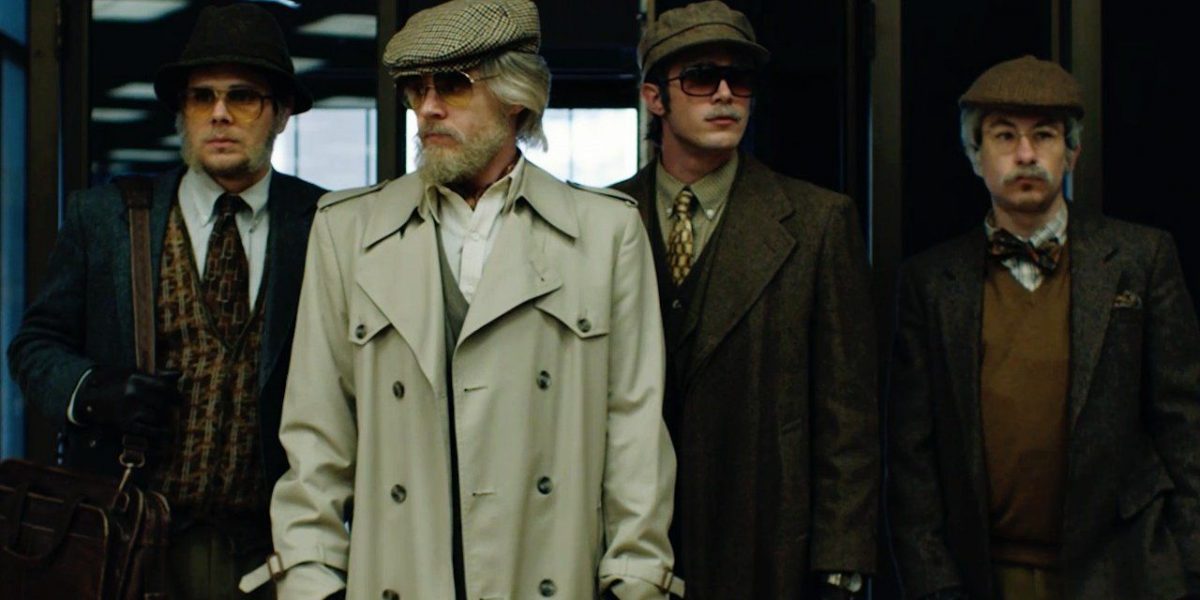 It’s 2004 and a bored and disenfranchised university art student Spencer Reinhard (Barry Keoghan) is looking for some meaning in his life when, on a visit to the library at Transylvania University in Lexington, Kentucky, he sees a priceless copy of John James Audubon’s two-volume illustrated study of American birds, which itself is part of a collection of valuable books.

He’s generally the kind of well-behaved individual whose parents wouldn’t suspect he could ever put a foot wrong, although his best friend Warren Lipka (Evan Peters) is always trying to lead him just a little astray, and from time to time he succeeds.

This is one of those times. Warren convinces Spencer that with a bit of outside help, they could stage the perfect heist, getting away with some of the most valuable books in the world, without hurting a soul, and selling them on to a contact in Amsterdam for millions of dollars. Nothing to lose and so much to gain.

So they enroll a computer expert Eric Borsuk (Jared Abrahamson) and star student Chas Allen (Blake Jenner) to help them carry out the robbery.

Disguised as elderly men, the teenagers enter the library to carry out the raid, but – in time-honoured fashion – things don’t go to plan. For seasoned criminals, such false starts wouldn’t necessarily cause too much concern but for a bunch of clean-skinned students with no experience of robberies – other than watching films about them – they’re somewhat thrown off guard.

But after all the preparation and with all the hopes and dreams that lie ahead, giving up is not an option. There’s more to gain than to lose. For most of them.

“This is not based on a true story,” announces the film as it starts, before “not based on” fades away. It’s a bold statement to begin with – and American Animals remains every bit as bold a piece of story-telling throughout.

It’s an exciting and crazy story about four unqualified malcontents, looking for a short-cut to success, told in an interesting and unconventional semi-documentary style; it’s not far from I, Tonya, with the narrative peppered with the protagonists talking directly to the camera – the main difference being that in this case, talking directly to camera are not the actors but the real-life individuals they portray.

Seeing the real gang describing their own experiences – always alone on screen – adds a sense of anticipation and uncertainty and introduces an extra layer of context that even the best actors can’t summon up.

But like in I, Tonya, a fascinating unreliability emerges from the narrators, so that you’re never quite sure what you’ve been watching. This though, casts just a little doubt on that opening caption.

The four central performances have the right level of edginess and insecurity – emboldened by the appearances from the real-life characters. Without the involvement of all four, this Film 4 production might have lacked a little authenticity, but securing the co-operation of the whole set is, perhaps, a sign of the director Bart Layton’s experience in documentary.

With the librarian being played by The Handmaid’s Tale’s Aunt Lydia, there’s an odd satisfaction for anyone who’s suffered through two seasons of Gilead gloom to see Ann Dowd get her comeuppance.