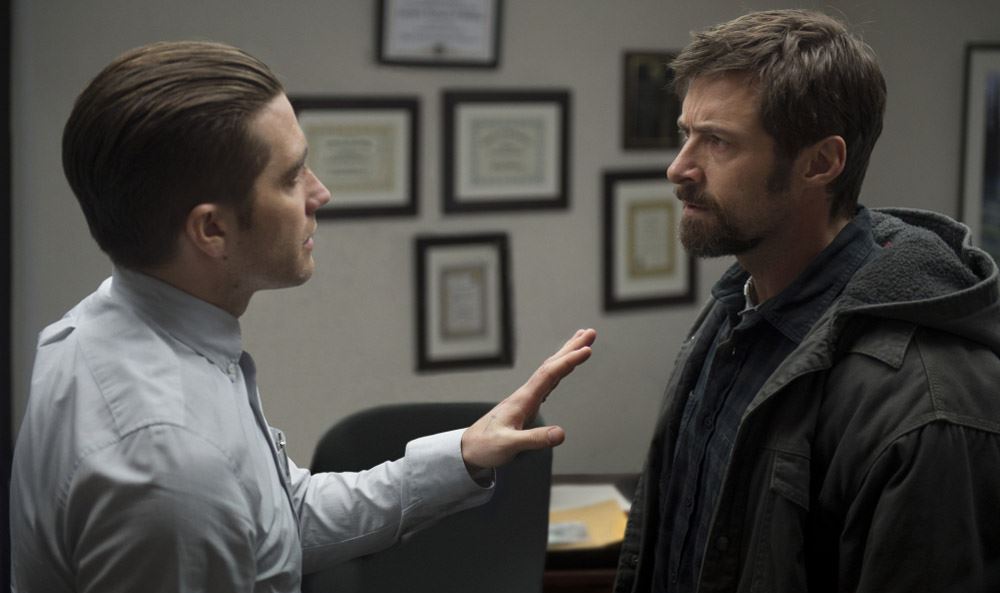 Religious survivalist handyman Keller (Hugh Jackman) and his wife Grace (Maria Bello) are celebrating Thanksgiving with their children, at the home of their friends and neighbours Franklin (Terrence Howard) and Nancy (Viola Davis) when both families realise that their young daughters have gone missing together.

Keller’s son remembers seeing a camper van parked nearby and Detective Loki (Jake Gyllenhaal) manages to trace it to a local restaurant car-park. There’s no sign of the girls, but the driver, Alex (Paul Dano) is taken in for questioning.

With no evidence linking Alex to the disappearance, the police have to let him go, but Keller is convinced that he is behind the kidnapping and decides to take the matter into his own hands.

Loki follows up his own leads, starting with known local sex offenders, including a veteran priest.

Keller isn’t making the progress he’d been hoping for and Loki keeps coming up against dead ends and red herrings.

As the hours and days pass, the chances of finding the girls alive decrease and Keller and Loki adopt increasingly desperate measures to solve the case.

Oscar-nominated French-Canadian director Denis Villeneuve delivers an English-language debut that will doubtless get Hollywood interested; a thriller so taut that you’ll be able to feel fellow audience members holding their breath and gasping alternatively with shock or relief.

Hugh Jackman’s father figure makes for an interesting and conflicted protagonist – almost an anti-hero – as he takes the law into his own hands, grappling with the acceptability of using force to extract information, drawing parallels with America’s use of techniques such as water-boarding at Guantanamo Bay, for example. Similarly, Terrence Howard and Viola Davis take on the position of the American people – knowing about what’s going on but turning a blind eye in the hope that it will produce the desired results.

Jake Gyllenhaal, too, delivers a well judged performance as the honourable detective whose efforts to find the girls are hampered by having to waste his time keeping an eye on Keller.

While the film is tense and atmospheric and the acting ticks all the boxes, what explores some fascinating themes beneath the surface ultimately ends up being a rather standard Hollywood kidnap thriller, full of red herrings and coincidences without which the exceptionally long running time would have ended in an even less satisfying way.

The police procedural element of the film fails to convince, which is inexcusable in a kidnap thriller, regardless of what else is going on around the edges.

And too many of the supporting characters are archetypes, set up to be obvious kidnappers in order that we might be thrown when we realise that both our – and Jake Gyllenhaal’s time has been wasted – the creepy guy with learning difficulties, the child-abusing priest and so on.