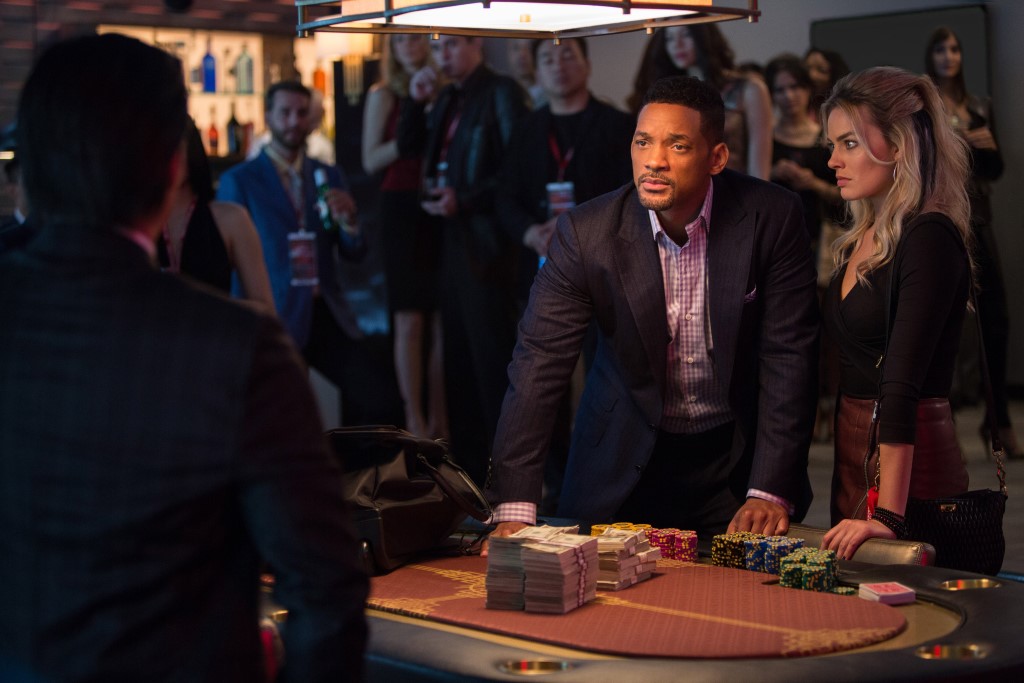 Slick conman Nicky (Will Smith) has a team of assistants to help him extract large sums of money from naive millionaires. While having a quiet drink at a Los Angeles hotel, he catches onto an aspiring young con artist, Jess (Margot Robbie), takes her under his wing and teaches her some of the tricks of the trade.

An attraction develops between the pair, which threatens the success of their stings, and after scraping away from a scam just about intact, the pair go their separate ways.

Three years later, while Nicky is preparing for his next big con, doing the dirty on a Formula One team boss, Jess reappears, throwing a spanner in the works.

The pair at the centre of this film are as charming – and attractive – as they need to be to front such a thriller but morally, it’s always a hard starting point to get audiences to root for criminals – even if their marks are generally more unpleasant than they are.

The narrative feels somewhat disjointed, with the three year gap half way through, and while the direction is competent enough, for most of the film, the stakes don’t seem to be high enough for us particularly to care. The cons themselves aren’t spectacular – at times they’re even banal – and when you get a Derren-Brown-style exposition after the fact, to explain to the audience how a trick was done, it feels somewhat patronising.

What’s worse is that some of the relationships don’t seem convincing enough – not least in one case, where a twist makes you reassess an earlier scene, which no longer works.

But the biggest problem with this film – and any of its type – is that ultimately, there’s no point trying to engage with the story. The more you try to – ahem – focus on the plot and try to work out who really thinks what about whom and who trusts whom and so on, you can be sure that the writers will simply pull the rug out from underneath you again and again; there’s almost no logic to it, giving the writers a clear advantage in their efforts to wrong-foot you in a way that is more likely to leave you feeling conned than in any sense satisfied at being beaten in a fair fight.