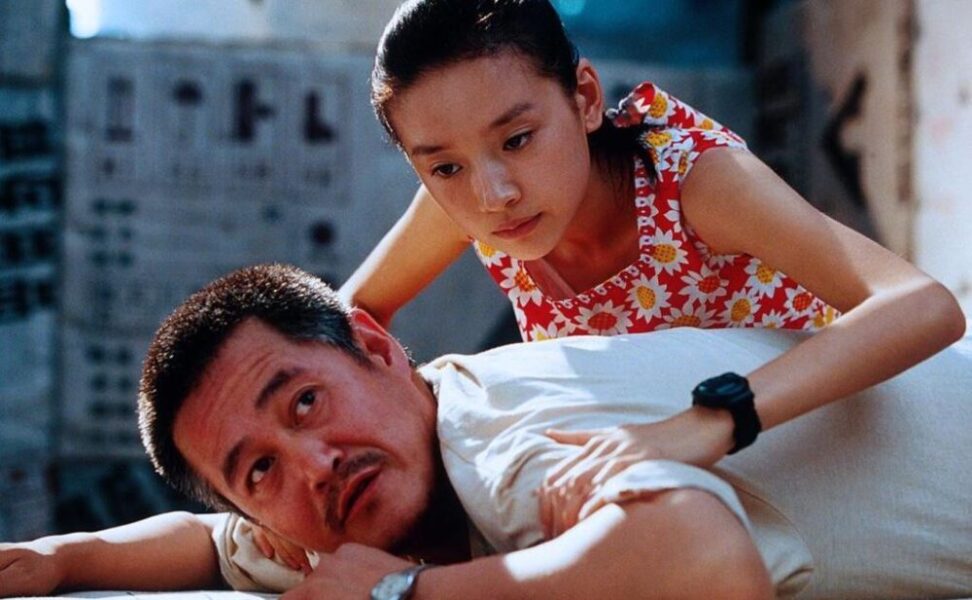 As one of China’s most bankable directors, Zhang Yimou has again delivered a film which crosses the cultural divide. Unusually for him, he’s set “Happy Times” in modern times and ventures into the realms of comedy, although the humour is couched in bittersweet tones.

Zhao (Zhao Benshan) is a lonely, middle-aged bachelor, whose dating agency keeps setting him up with unsuitable, skinny women. It finally strikes gold when it puts him in touch with a fat one, far more to his taste. The only problem is that the one thing she likes more than food is money, and he doesn’t have any. Nevertheless, he promises her a lavish wedding.

To raise the cash, his wise-guy best friend (Li Xuejian) suggests doing up an abandoned bus and charging young lovers to use it. Taking the scheme further, he manages to impress his girlfriend by telling her that he owns a hotel – he just neglects to mention it has only one room.

Meanwhile, his girlfriend is trying to kick her blind step-daughter Wu Ying (Dong Jie) out of her apartment, so she asks Zhao to give the girl a job at his hotel. Here, the charade snowballs out of control, as Zhao’s friends help him build a fake hotel/massage parlour in the middle of a disused factory.

The tender performances from the hapless Romeo and his blind charge balance the humorous stereotypes of the best friend and the money-grabbing girlfriend.

Zhang Yimou delivers warm, genuine characters who lie not through dishonesty, but because they genuinely believe it’s the only way to bring happiness to their loved ones.

While it can’t possibly work in the long term, watching the pleasure they get when they think it’s working is a delight, and sharing in their despair when things don’t go to plan is heart-wrenching.

In Mandarin with English subtitles.

This review was previously published on the bbc.co.uk/films website