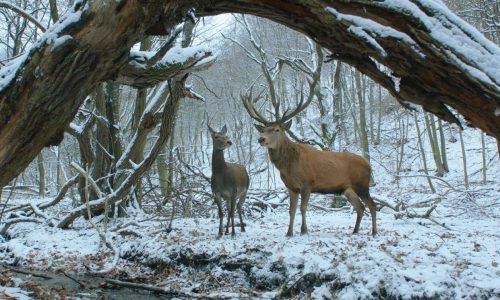 A Hungarian romance, between a shy slaughterhouse worker and her boss, has won the top award for the best film at the Berlin Film Festival.

The prestigious Golden Bear was handed to Ildikó Enyedi’s drama, On Body and Soul, by the jury, headed by the Dutch director Paul Verhoeven.

The second placed Silver Bear Grand Jury Prize went to the Senegalese director Alain Gomis, for his drama Félicité, about a singer, in the Congolese capital Kinshasa, raising money for her son’s operation.

Another of the Silver Bears, for films that open new perspectives, went to Spoor, a murder mystery by Poland’s Agnieszka Holland.

The best director prize went to the Finnish veteran Aki Kaurismäki, for The Other Side of Hope, about a Syrian refugee in Helsinki. When he refused to go to the stage to collect his Silver Bear, the presenters went to his seat to hand it to him.

The Best Actress prize went to South Korea’s Kim Min-hee, for the drama On The Beach at Night Alone, while Germany’s Georg Friedrich for the drama Bright Nights.

The Best Screenplay prize was awarded to Sebastián Lelio and Gonzalo Maza for the Chilean drama A Fantastic Woman. Romania’s Dana Bunescu was honoured for her outstanding artistic contribution for editing the drama Ana, Mon Amour.

Spain’s Carla Simon won the Silver Bear for Best First Feature for Summer of 1993, while the best documentary award went to the Palestinian filmmaker Raed Andoni for Ghost Hunting.

The eighteen films in competition for the top prizes included Gurinder Chadha’s Viceroy’s House, Stanley Tucci’s Final Portrait and Oren Moverman’s The Dinner, all with internationally recognised English-speaking stars, but the festival chose to honour a variety of lesser known talent from countries with a lower global profile.