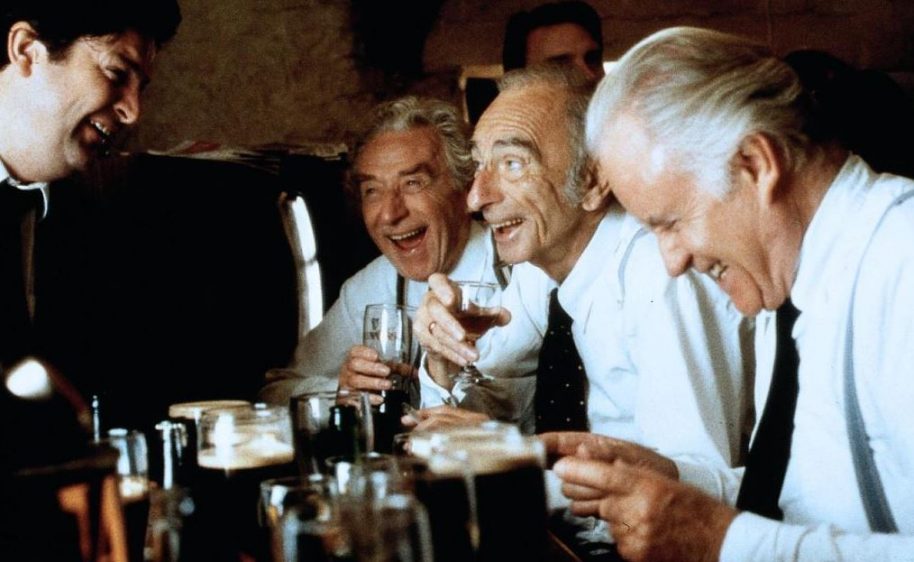 Low budget British films have fallen flat on their face too often in recent years – they could learn a thing or two by watching this offering from our neighbours across the Irish Sea.

In the tiny Irish village of Tulaigh Morh, gossip rules. Best friends Jackie O’Shea (Ian Bannen) and Michael O’Sullivan (David Kelly) are constantly getting up to mischief, in that endearing way that only men in their seventies could.

So you can imagine their excitement when it’s reported that the winning ticket in the national lottery, worth nearly seven million punts, was bought in their village. Suddenly, everyone becomes uncharacteristically polite and generous in their attempts to seek out the winner, in the hope that their unrivalled neighbourliness might be rewarded with a share of the jackpot.

With only 52 people in the village, tracing the winner should be easy. The longer it takes, the more imaginative the scheming becomes, until only one villager is unaccounted for. A visit to Ned Devine’s home reveals why – he’s in no position to claim his prize, having died of a heart attack on realising that he’d won.

Under the rules, the lottery board will pay out only to the person who bought the ticket. If there’s a way around this, you can be sure Jackie and Michael will find it.

The beauty of this film is its simplicity. It’s good old-fashioned story-telling, following the increasingly desperate attempts of a group of lovable rogues to fill their pockets. It’s a film about greed and dishonesty, but somehow it doesn’t matter. We’re behind them all the way, as the elderly men pursue their goal with childlike innocence.

“Waking Ned” doesn’t fall into the trap of trying to be too clever. It’s laced with just enough irony and whimsical charm to keep the toughest of critics on-side. The performances are so warm and natural, and the scenery so beautiful that after spending an hour and a half in Tulaigh Mohr, you’d rather stay there than head home.