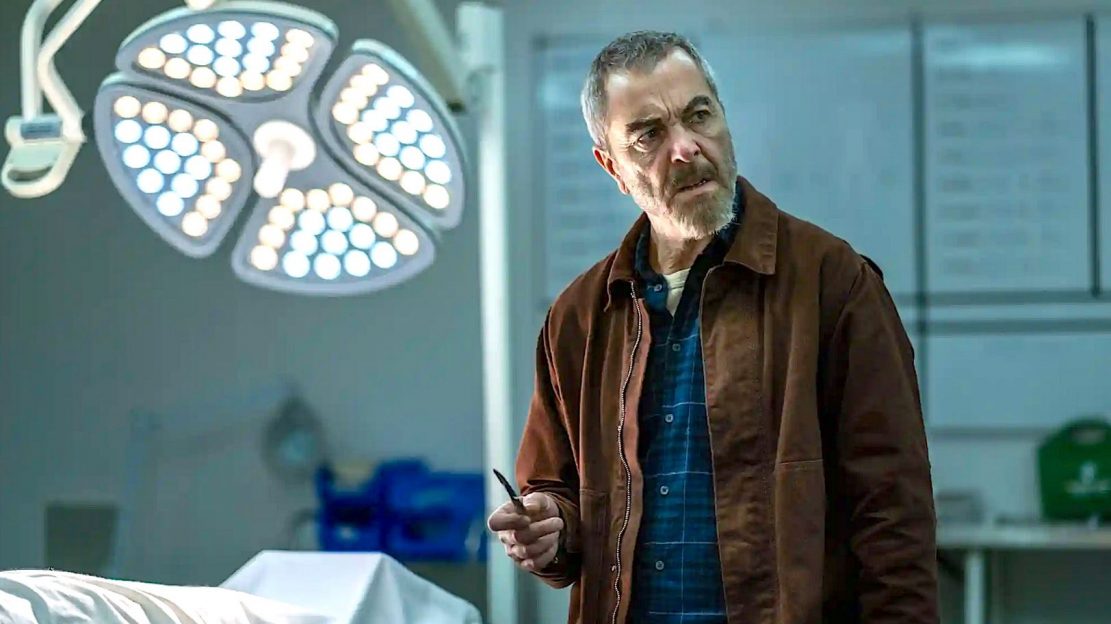 He’s floored when he discovers that the young woman in the mortuary is his own estranged daughter, Christina (Imogen King).

Jackie concludes that Christina killed herself,  but Danny refuses to accept it; convinced that she’s been murdered, he sets out to find everyone she’d seen in the hours before her death to discover the truth – whatever it takes.

Channel 4’s adaptation of the Danish drama Forhøret is bold and stylish but so slavish to its high-concept format that all logic disappears even before the end of the first episode.

The structure is clever and logical – but their determination to stick to it pushes the boundaries of credibility to its limits.

Each episode is essentially a two-handed play, set in a single location, making it feel like a Covid-friendly theatre experience. First, Danny confronts the pathologist – in the next episode, he visits his daughter’s flat and meets her wife (Niamh Algar) – then he goes to her place of work and talks to the manager (Antonia Thomas), who tells him she was dealing drugs – so next it’s off to talk to the drug boss (Sacha Dhawan) –  then his former partner (Sam Heughan) before grilling a night-club owner (Richard E Grant).

By the time we get to episode seven, Christina’s body has been released to the undertaker, where he discusses the tragedy with his ex-wife, Christina’s mother (Anne-Marie Duff).

Each conversation brings up something he didn’t know about his estranged daughter and raises more questions about the circumstances surrounding her death, until he’s driven to make a second visit to the pathologist, in the final episode.

The only inconsistency with the format is the appearance of his boss (Ben Miller) in both the first and last episodes.

There are some episodes which seem so laden with exposition and plot that there’s hardly room to breathe. There are others where little enough happens that it feels like they’re really struggling to stretch it to fit the format.

The plot is so riddled with cliches – the haggard, cantankerous veteran cop – the estranged daughter about whom he knows very little – the crooked ex partner – and it’s driven by coincidence, convenience, luck and speculation; when he begins his day-long odyssey – one of the fastest murder inquiries in history, despite the most unhelpful witnesses imaginable – there is literally no evidence to suggest the death wasn’t suicide, and it’s not even like he could say “I know she didn’t kill herself, she’s my daughter” – because the whole point is that she’s an estranged daughter and he knows absolutely nothing about what she does or what she’s like.

Suspect is brave and stylish but completely misjudged. Its top-notch cast often seem embarrassed to be uttering the dialogue and what James Nesbitt only does with his top lip is perhaps the most suspect thing of all.