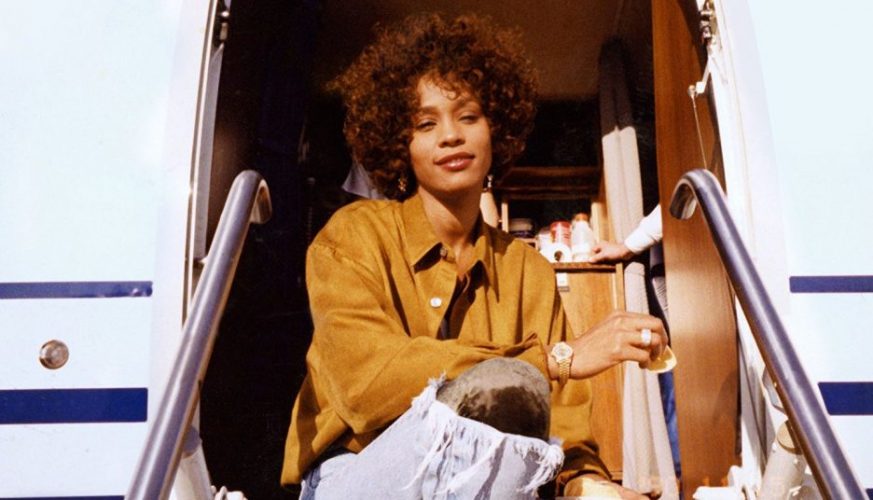 In the mid 1980s, a young singer from Newark, New Jersey, was propelled to international stardom with a string of hits including “Saving All My Love for You,” “How Will I Know?” and “The Greatest Love of All.”

In the decade that followed, Whitney Houston became one of the biggest selling female solo artists of all time, collecting a total of 11 number 1 singles in the US, including her version of “I Will Always Love You,” from the soundtrack of her first film, The Bodyguard, which spent 14 weeks at the top of the US singles chart and 10 weeks at Number 1 in the UK.

But that same year, in 1992, she married the singer Bobby Brown and she started hitting the headlines for all the wrong reasons.

Soon, a drug problem was widely publicised and her career began to crumble.

The British film-maker Kevin Macdonald speaks to surviving friends, family and colleagues to try to find out how such a glittering career – and life – came to such a tragic end.

Kevin Macdonald is one of the few directors as comfortable with fact as he is with fiction – flitting back and forth between documentaries, such as the Oscar-winning One Day in September and the mountaineering epic Touching the Void, and narrative features, including The Last King of Scotland, How I Live Now and Black Sea.

Comfortably back in the documentary world, he scrutinises the rise and fall of the 80s and 90s pop princess who adorned the bedroom walls of girls around the world and more importantly, searches for the demons that drove her to destroy herself.

Archive interviews with the star herself show her growing into her role as a young woman and defiantly hitting back at media claims about her private life as the press started to turn on her, later in her career. But perhaps counter-intuitively, the archive footage makes you less sympathetic towards her, rather than more, making her a more difficult protagonist than the subject of Asif Kapadia’s more revealing eponymous documentary, Amy.

Interviews from Whitney’s mother, the singer Cissy Houston, her brothers and a number of her assistants – many of them family members – portray an increasingly troubled woman who was finding it harder to keep her composure under the stresses of success and the pressure from hangers on, all trying to make the most of being part of her entourage.

Macdonald has been both blessed and cursed by the participation of Bobby Brown, seen by many as a destabilising factor in her life. That he agreed to take part is perhaps a surprise – and an achievement on Macdonald’s part. That he refuses to engage when the conversation gets onto drugs is perhaps less of a surprise. But it’s not a silence that particularly tells us anything, because by this stage, we’ve already learned that when it comes to drugs, he wasn’t the main facilitator in her life anyway – she was hooked long before he came on the scene and we’re told that he couldn’t even keep up with her.

Whitney’s story is tragic. She was a tremendous talent, brimming with promise. Despite – or perhaps because of – her success, she came under increasing pressure from all quarters; supposed allies fighting over her money, the black community accusing her of being too white – branding her Whitey Houston, allegations about her sexuality, a growing drug problem, a troubled marriage and a failed comeback could all be seen as factors contributing to her downfall. But none of this is new.

Some of the best moments are the throwaway details; one of the black protest leaders, the civil rights campaigner Al Sharpton, was also one of the first to come forward to praise her legacy after her death – and an interesting counterpoint to this might be that her Super Bowl half-time rendition of the Star Spangled Banner reclaimed a song for the African American community which had previously been seen as a sign of oppression.

So this examination of her life – with access to key players and a treasure-trove of archive material – draws a familiar and formulaic picture of the rise and fall a superstar but it doesn’t particularly amount to much more than the sum of its parts and it doesn’t present a good case for why anyone should really need to see it.