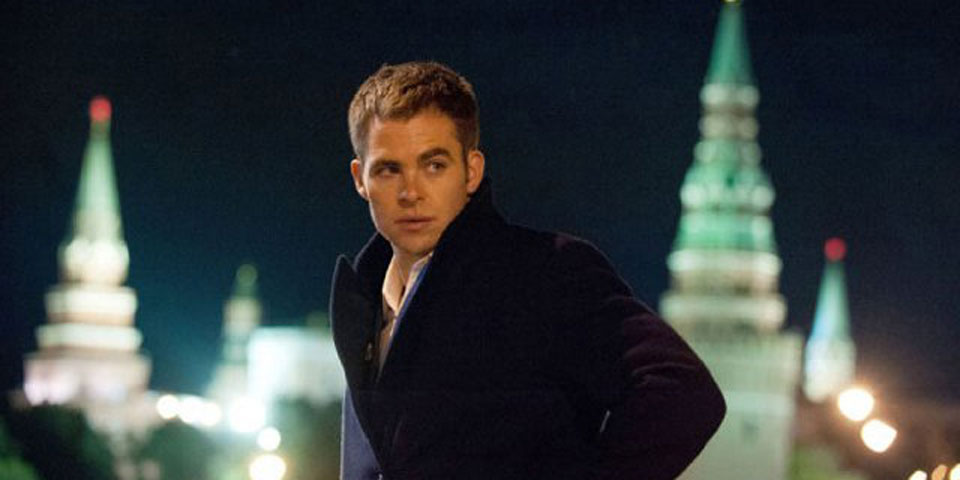 After seeing the devastation caused to his country by the 9-11 attacks, the talented academic Jack Ryan (Chris Pine) dropped out of his PhD and joined the US Marines. On a mission in Afghanistan, his helicopter was shot down and his subsequent actions made him a war hero – but a wounded war hero.

During his rehabilitation, he encountered two people who would change his life forever; there was more chemistry than would normally be appropriate between him and his doctor Cathy (Keira Knightley) and he was approached by Admiral Thomas Harper (Kevin Costner) of the US Navy – and the CIA.

Having read been impressed by a range of his academic studies – both civilian and military – Harper decided to send Ryan back to finish his PhD.

Ten years later, Ryan has been set up as an analyst with a Wall Street company, with a brief to look for trouble in the markets.

When he gets suspicious that the dollar is remaining strong despite poor economic indicators, Ryan finds that the American currency is being propped up by a Russian business run by the ruthless and well connected Viktor Cherevin (Kenneth Branagh).

Heading to Moscow to dig a little deeper, Ryan concludes that propping up the dollar is only part of Cherevin’s plans; combined with a bomb attack on Wall Street, the Russians are plotting to send the US economy back to the Great Depression, but there’s no-one better qualified than Jack Ryan to try to stop them.

Chris Pine takes over the mantle as the fourth actor to play Tom Clancy’s CIA agent Jack Ryan, after Alec Baldwin, Harrison Ford and Ben Affleck. Unlike the agent’s previous outings – The Hunt for Red October, Patriot Games, Clear and Present Danger and The Sum of All Fears – Shadow Recruit is not based on a novel, but just the character.

As the fifth film centred on Clancy’s agent, this feels a little anachronistic; here, the character is inspired to serve his country by seeing the devastation of the 9/11 attacks, but the bad guys are the Russians – it’s very much a cold-war spy thriller, reaching into the modern day with the threat of economic terrorism added to old fashioned bombs.

In many ways, it’s spy-film-by-numbers, as the story travels from London to New York, via Afghanistan and Moscow, with night-time liaisons on park-benches and high octane car-chases.

Pine feels a little too young and clean to fill the shoes most effortlessly filled by Ford and Keira Knightley struggles to convince with her American accent; her character itself seems to settle a little too easily into the various roles required as the film progresses, from a naive girlfriend to knowing accomplice, without even reading the CIA handbook. Costner shows hints of the spy that made his name in No Way Out, making you wish he was at the heart of the story, rather than the hero’s fairy-godfather.

Taking on directing duties, Branagh – or Sir Kenneth to his British compatriots – seems to have given himself a little too much to do; his effortlessly convincing Russian accent can’t mask the single-note nature of this unthinkably ruthless antagonist. His political puppet-master is similarly hollow, feeling oddly out of place, with Mikhail Baryshnikov failing to shake-off his emetic role as Carrie Bradshaw’s penultimate lover of the Sex And The City TV show.

Branagh handles the action sequences better than one might expect from someone who honed his directing skills on Shakespeare, but as it flits back and forth across the world, the script feels like it was tweaked once or twice too many to accommodate the big stars who climbed on board this latest Clancy reboot along the way.