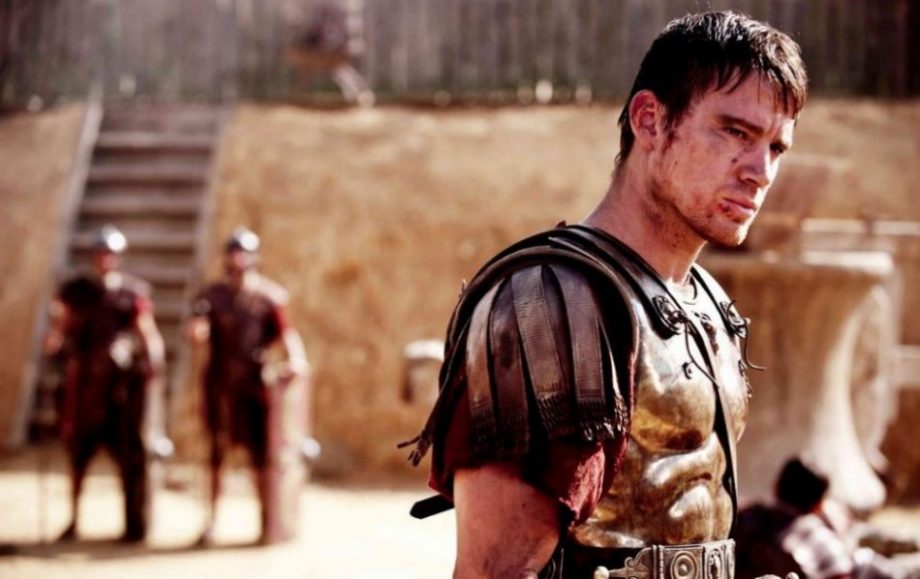 In about 120AD, an entire Roman legion disappeared in the mountains of Scotland, prompting the emperor Hadrian to build the wall to protect the northern outposts of his empire from a determined bunch of gallic-speaking Britons, keen to keep out the invaders.

Along with the Ninth Legion went its mascot – a golden statue of an eagle – and a degree of Roman pride.

Twenty years later, a young centurion accepts a posting with a legion based near the wall. Marcus Aquila (Channing Tatum) is the son of the centurion who led the ill-fated Ninth Legion to their doom.

When rumours start spreading that the Eagle has been seen, Marcus seizes the opportunity to restore honour to his father – and the empire.

With only his young British slave Esca (Jamie Bell) at his side, Marcus heads north of the wall and braves the wrath of the ruthless savages to win back the prized Eagle of the Ninth.

This adaptation of Rosemary Sutcliff’s novel The Eagle of the Ninth, is the latest attempt to bring the legend of the lost legion to the big screen.

It arrives just eleven months after Neil Marshall’s Centurion saw Michael Fassbender as the centurion who led the Ninth Legion north of the border.

Both come from British directors and feature civilised and sympathetic, supposedly mighty Romans as the underdogs when they come up against the fearsome savagery of the face-painted tribesmen on their own turf.

Marshall’s film looked gritty but impressive for its low budget. The Oscar-winning Kevin Macdonald, whose more high profile filmography includes The Last King of Scotland and State of Play, delivers a more slick film that, while British, betrays Hollywood leanings, not least with American stars in some of the lead roles – and more familiar Brits alongside them. The Eagle’s use of gallic from the locals also adds authenticity.

But The Eagle feels, at times, like it’s kowtowing to the money-men, with some big set pieces, archetypal relationships and a more formulaic story – built on the traditional themes of honour and betrayal – and in doing so, throws up some slightly uncomfortable inconsistencies – the loyalty of one key character being one of them.