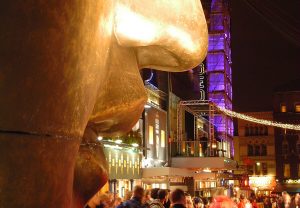 BAFTA has published new guidelines that indicate that failure to secure a theatrical release will no longer prevent a feature being considered for its prestigious film awards.

Until now, to be eligible for BAFTA’s film awards, a feature needs to have been available to see on at least ten commercial cinema screens in the UK for a minimum of seven days. But under the new guidelines, which apply to features vying for awards in February 2017, producers of films that have released “to the UK public through other patterns or forms of distribution” can appeal to BAFTA for them to be considered.

At the discretion of BAFTA’s Film Committee and only in exceptional circumstances, it could be decided that such a film might be eligible.

The new guidelines still stress that it’s the intention is for films to have been screened to the widest possible public paying UK audience prior to the ceremony and there’s been no specific indication of what kind of circumstances might be exceptional enough for a film to be allowed to by-pass the preferred theatrical release.

BAFTA’s head of film, Jim Bradshaw, told Variety that eligibility would be decided on a case-by-case basis and the new guidelines were to ensure that the Academy could continue to recognise the best in film-making, and not penalise films because of how they are funded or how they are picked up. “We don’t expect this to be a massive change. We don’t expect this to open the floodgates in terms of number of entries or anything like that.” But he said that as digital distribution became more and more the norm for independent films, BAFTA had to respond to the reality.