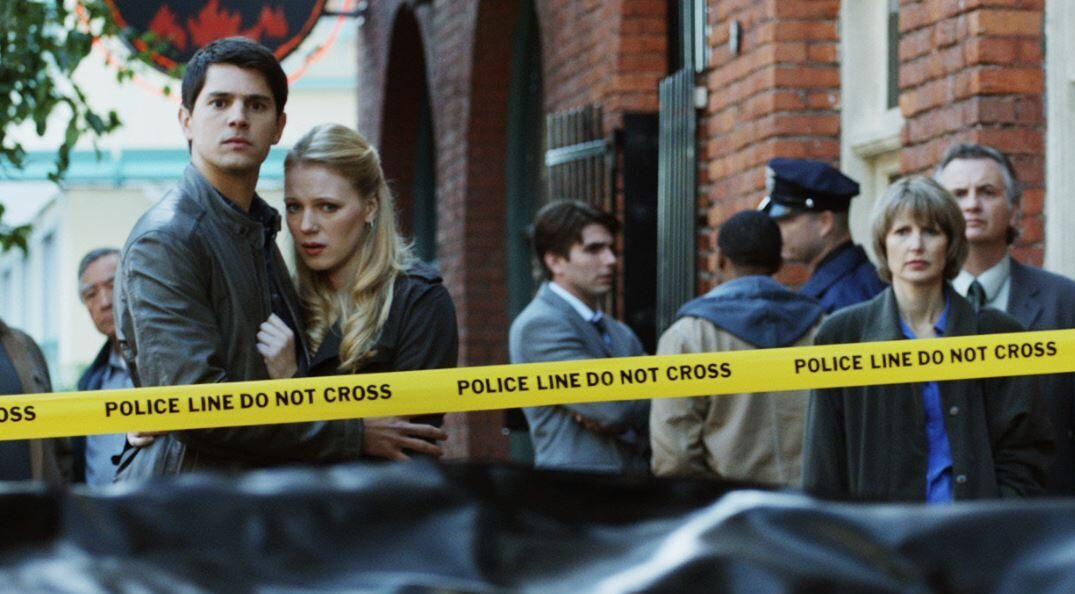 Sales manager Dennis (David Koechner) is taking a team of his junior staff on a weekend retreat. Their coach gets stuck on a suspension bridge which is being repaired.

One of the team, Sam (Nicholas D’Agosto) notices a crack appear in the tarmac and has a nasty feeling that this could be the beginning of something nasty.

In a panic, he drags his closest colleagues off the coach. But as he tries to get them to safety, the bridge begins to collapse, cars start plummeting into the water far below, and one-by-one, his friends fall to their deaths…or worse.

Sam wakes with a start. It was a dream. Or was it? Suddenly, everything starts playing out exactly as he has just seen it. This time, he leads his group to safety as the bridge collapses for real. His colleagues have escaped certain death.

But anyone who’s seen the previous films in this franchise will know that you can’t cheat death; if you’re meant to die, he’ll get you eventually.

When the friends – as predicted – start dying, one-by-one, in ever more extravagant ways, those who are left are torn between clubbing together to beat the curse or fighting each other for survival.

Its main problem is that in order to justify its existence, Final Destination 5 has to try to offer something we haven’t seen before. We get some spectacular 3D effects and a slight twist to the formula that gives the survivors a brutal new source of hope for their own survival.

As a piece of film-making, it’s slick and effective and gets going very quickly, but a problem with the structure from the start is that you don’t have a chance to get to know the characters well enough to care about them, which means rather than root for them to survive, in some cases, you’re almost willing them to die.

That said, it’s not meant to be any kind of a character drama. It’s a guessing game and a puzzle and anyone who likes puzzles will enjoy following the clues that are dropped and trying to outwit the writers. But of course you won’t, because most of the clues they drop are red herrings, but that’s all part of the fun.

And while it won’t add anything to the world of film-making or viewing, it’s harmless entertainment that’ll have you jumping, being that little bit more careful at the gym and thinking twice before having your eyes lasered or trying acupuncture.