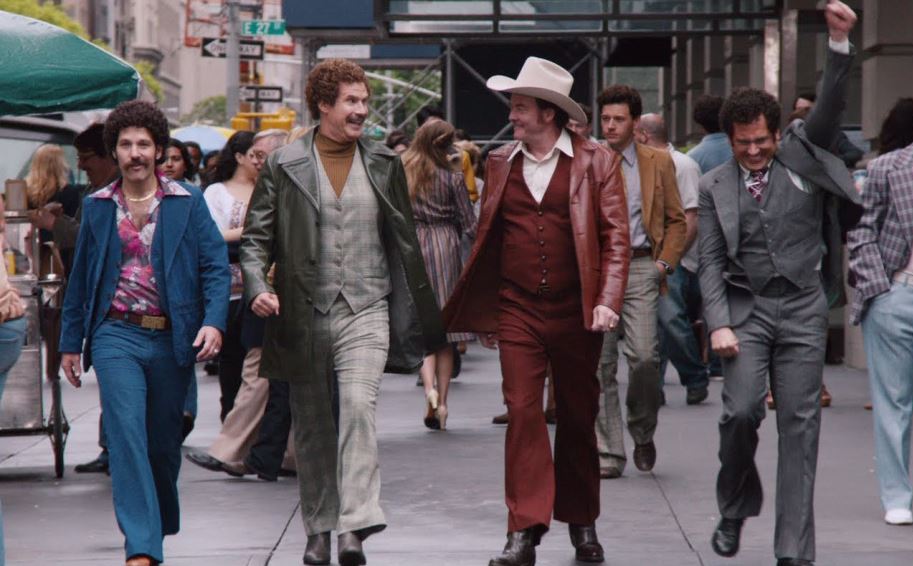 They get summoned upstairs, prompting them to think they’re about to be promoted to the night-time news. They’re half right. She is. He’s fired.

But when he’s approached with the offer of a new job, he rounds up the team and leads them back to New York, to relaunch their careers on the world’s first 24 hour news channel.

Fans of Ron Burgundy’s first big screen outing will be in their element here, as the same characters return – but with their eccentricities turned up to 11.

The story is completely formulaic and predictable, but this film is all about the crazy little incidents the characters encounter along the way – whether it’s Ron’s insecurity at meeting an even more perfect male news anchor (James Marsden), his difficulty in adapting to a new boss who’s not only a woman, but black (Meagan Good), his inability to come to terms with his ex-wife having a new man in her life (Greg Kinnear) or even Brick Tamland’s unexpected romance with a secretary at the new channel (Kristen Wiig).

The film is inordinately silly, but it’s bursting with chutzpah as it satirises everything from race relations to the modern news media. And fans of the first film will be delighted – and excited – to see another celebrity-studded ratings war, played out in a local park.

You’ll either love it or hate it, but there’s plenty of scope for new gags and catch-phrases that will stay with the target audience for years to come.