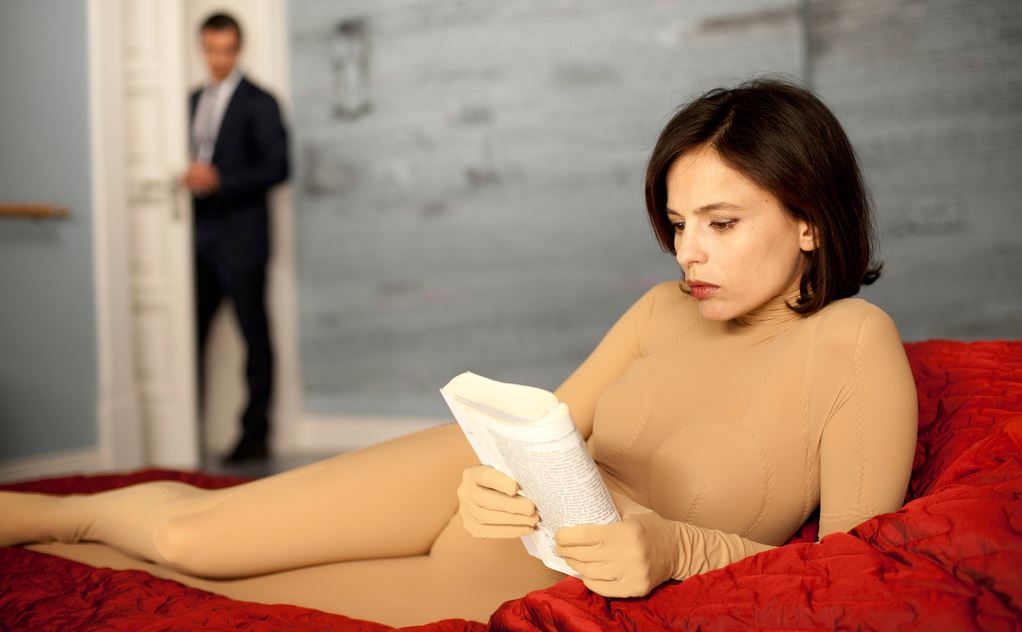 Robert (Antonio Banderas) is one of the world’s leading plastic surgeons, specialising in a new form of synthetic skin.

He’s clearly been testing it illegally on a gamine, Vera (Elena Anaya), locked in a room, upstairs in his remote mansion.

We discover that Vera bears an uncanny resemblance to Robert’s wife, who killed herself in tragic circumstances years earlier, after which he vowed to get revenge on those he blamed for the loss of his one true love.

When figures from his past start to re-emerge, the complex web he has woven for himself starts to unwind.

Fans of Almodóvar will not be disappointed, but even they might be a bit taken aback.

Adapting Thierry Jonquet’s novel Tarantula for the big screen, Almodóvar has pushed boundaries that even he hasn’t approached before.

Typical themes of love, sexuality, betrayal and revenge abound with a twist that, frankly, is a little unconvincing even for him, although it adds deliciously to the madness of this tale.

Unusually – although not without precedent – his main character is male, but there are enough dominant female characters around to make this feel like it’s part of the oeuvre of the idiosyncratic Spanish director.

A typically bold colour-palette, slightly caricatured performances and an outlandish premise that feels almost believable in Almodóvar’s hands make this an interesting film, even by his standards.

A cold and bitter Banderas is impressive – always moreso when he’s acting in Spanish – although it’s not entirely clear to what extent his actions are driving by revenge, self-pity or scientific determination and keeping this unclear allows the plot to get away with a degree of incoherence.

As the complex narrative begins to unwind, the confusion clears, leaving a sense of wonder that Almodóvar has had the audacity to attempt to draw these threads together, although it’s not always successful and there are times when the storytelling feels a little clunky.

For such a visually bright film, it’s thematically among the most darkly disturbing films you’re likely to see this year – firmly in the realms of horror, despite being presented almost as a fantasy.

But however dark or shocking the film, The Skin I Live in is mesmerising and however confusing or incoherent, it’s unquestionably thought-provoking and will challenge many ideas you’ve never even considering contemplating before.

The denouement is a little difficult; it could have gone one of two ways, and in a sense, Almodóvar takes the least controversial option, although it’s certainly the more politically correct one, which for a director not frightened of controversy, is perhaps an unusual decision.

But there is always that sense that however loosely you adapt someone else’s material, you will also be tied – to an extent – to the novel.