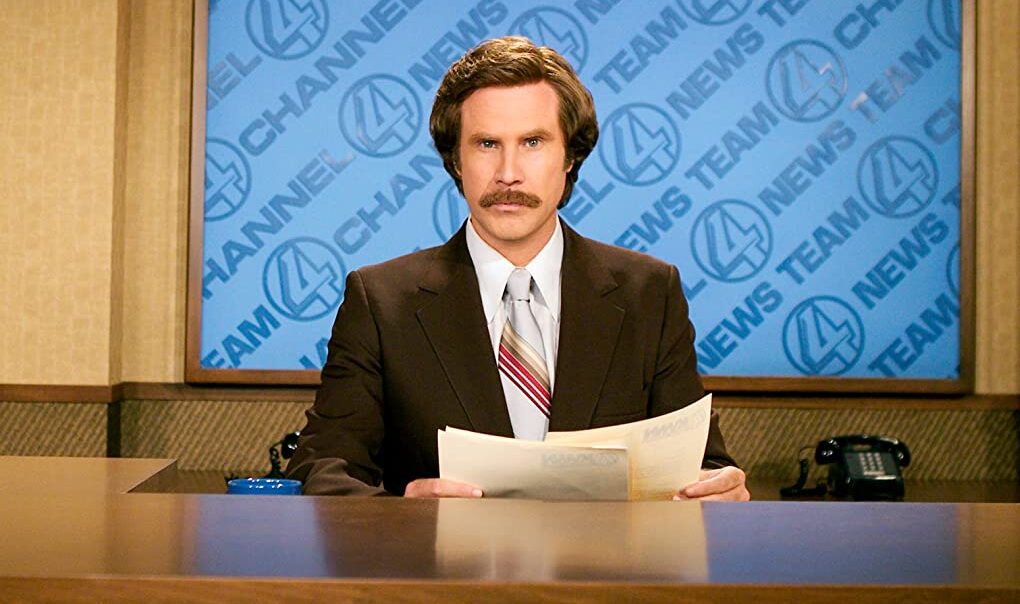 Back before women read the TV news and before cable TV, the top-rated TV star in San Diego was the “legendary” news anchorman Ron Burgundy (Will Ferrell).

A 1970s world, as chauvinistic as it is competitive, is rocked by the arrival of Veronica (Christina Applegate), a journalist as attractive as she is talented.

The more she shows the men up, the more desperate they get to impress her, their bosses and their rival networks.

This warm-hearted parody of TV news and the media in general tries to be witty, funny, clever, surreal and childish. It manages to score more hits than misses.

If you’ve seen Dodgeball, Zoolander or Starsky and Hutch, you’ll have an idea what kind of humour to expect and the faces who’ll turn up in cameo roles.

Some gags are milked a little too much, but others are so sharp and unexpected, you’ll genuinely be caught off guard.

Unambitious and shameless but good fun.

CLICK HERE TO BUY ANCHORMAN: THE LEGEND OF RON BURGANDY FROM AMAZON