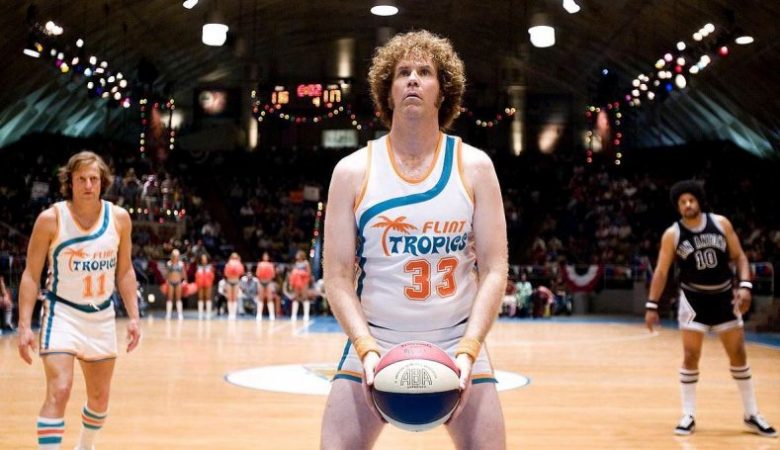 Back in the mid 1970s, the American Basketball Association league was going down the pan and the only way forward was for it to merge with the more successful NBA.

This is music to the ears of the celebrity owner/player/coach of the Flint Michigan Tropics, Jackie Moon (Will Ferrell) – he’s always dreamt of playing in the NBA.

So when it’s pointed out to him that only the top four teams in the ABA will be promoted, he sets out to lift his hopeless team of failures from the bottom of the league.

To improve their performance, he hires superstars past and present (including Woody Harrelson and Andre Benjamin) and to boost the attendance figures, he adopts every trick he can think of, from half-time contests … to bear-wrestling.

Would you expect anything less?

But this movie misses the hoop by a wide margin. It’s not like we identify more with ice-skaters or motor-racing drivers than with basketball players – this film is just sillier, but not in a good way.

Conceptually, it’s weaker from a comic point of view – having to lift your team from the bottom of the league for it to survive would be the stuff of a Rocky-style underdog-drama, but it seems to lend itself less well to comedy.

In a drama, character would be everything – and here, the characters are nothing – in particular, there is almost nothing to like about Jackie Moon.

The film lacks the underlying intelligence of his earlier films so it works purely on a puerile level.