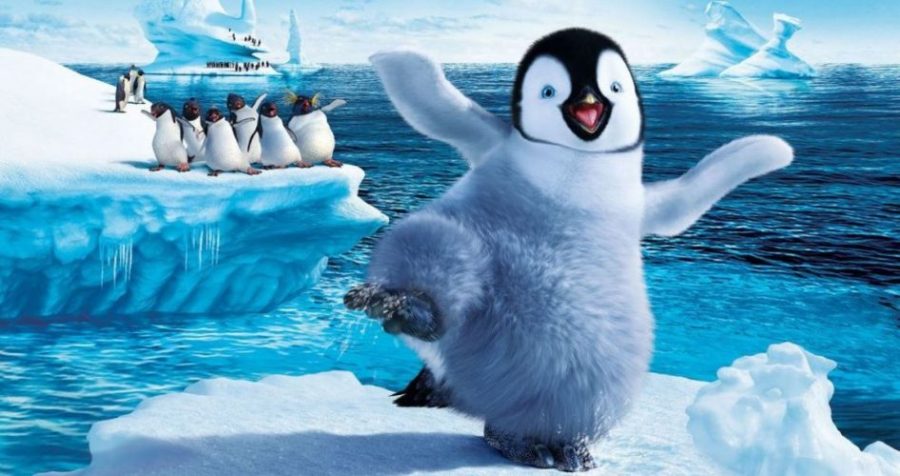 Mumble (Elijah Wood) hatches late into the world of the Emperor Penguins and discovers he is very different from the others.

He cannot sing but he is a mean tap dancer. His father (Hugh Jackman) is embarrassed by him and feels it’s his fault because he dropped the egg just before Mumble was born.

Unfortunately the leader of their community (Hugo Weaving) claims their sudden lack of fish is down to Mumble.

He has brought them bad luck so Mumble decides to find out the real reason for the disappearance of their food and save their eco-system.

The animation is mind blowing. It takes your breath away particularly on IMAX. It’s like watching real life Emperor Penguins. The sequences underwater and the dance numbers are fantastic.

In the latter every penguin on screen is moving to the music which is painstaking and a major feat.

The Latino penguins, headed by Ramon aka Robin Williams, steal the show. They are hysterical and the funniest things in this movie.

It looks like they just let Williams rip and he had a field day as he also plays Lovelace, the guru. He is superb.

Nicole Kidman and Hugh Jackman do a wonderful parody of Marilyn Monroe (Norma Jean) and Elvis (Memphis) and they both get to sing again.

The film makers were rather ambitious in also trying to get an environmentally friendly message across. Tap dancing penguins save the eco-system is one stretch too far in the suspense of disbelief.

Nevertheless, enjoy the spectacular and if you can see this film at the IMAX do – it’ll be one hell of a ride for the whole family.