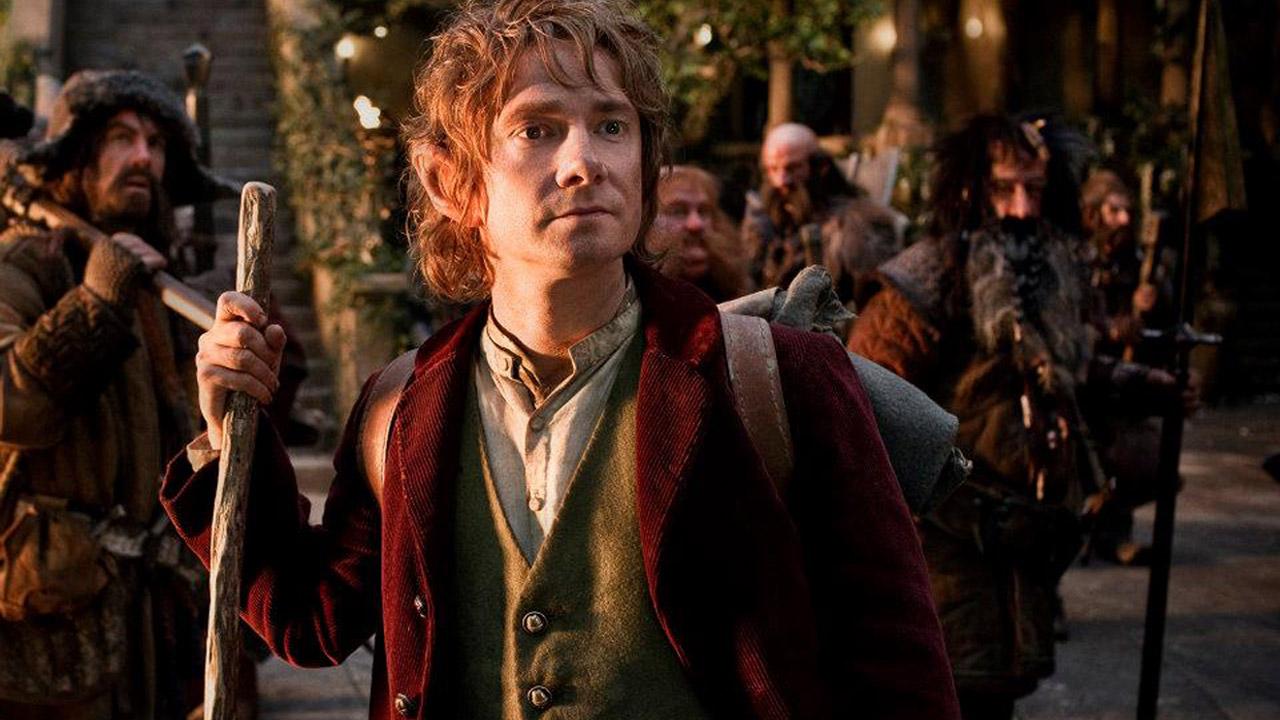 For many years, the Dwarf kingdom beneath Lonely Mountain in Middle-earth has prospered, but when the dragon Smaug attacks and takes possession of all its gold, the surviving Dwarves are forced to flee.

Several decades later, there have been no sightings of Smaug for a while and assuming the dragon has died, the Dwarf leader Thorin (Richard Armitage) is keen to return to reclaim the kingdom’s wealth before someone else does.

The wizard Gandalf (Sir Ian McKellen) recommends to Thorin that he and his company of Dwarves take the Hobbit Bilbo Baggins (Martin Freeman) with them to help them break into the kingdom.

On the quest that follows, Bilbo seems to be out of his depth as they encounter a range of foes, from Orcs to Goblins, on their journey through the most inhospitable of terrain, on their mission to take back control of the Lonely Mountain.

After the critical, commercial and awards success of his Lord of the Rings trilogy, Peter Jackson has returned to JRR Tolkein’s universe to turn the previous book into a prequel, originally planned to be a two-parter, but now scheduled to become another trilogy. At nearly three hours for the first film, questions are already being asked about whether there’s enough in the book to sustain nearly ten hours of entertainment.

As you might expect from Jackson, if there are boundaries to be pushed, he’ll push them – and not content with simply going for the now industry standard 3D, he’s opted for a new higher frame-rate format – with 48 frames per second, rather than the usual 24, he is aiming to make his images look ever more lifelike, but it has the odd side-effect of making the picture so smooth and crisp, it looks more like a made-for-TV children’s movie than a cinematic feature; with admittedly effective 3D heaped on top of this, while enhancing the viewing experience, it does much to take away the magic of film.

Financial problems at MGM contributed to delays in the production that led to the loss of the original director, Guillermo del Toro, after which Jackson took to the helm himself, with del Toro’s influence remaining in the script. But then industrial unrest in the New Zealand film industry also threatened the production. It took more than a magic ring to get The Hobbit from Tolkein’s mind to the big screen.

You have to wonder what it says about a film when so much of the discussion revolves around its length, the fact that there are two more equally long sequels on the way, its troubled production and its unusual technical specifications.

But to give him his dues, Jackson has produced a film that – while not for everyone – will wow its target audience. The visuals are spectacular, with vastly-populated fight scenes involving imaginatively drawn rival races in fearful forests, on perilous plateaux and in cavernous chasms. The thrilling spectacles include computer generated dragons, giant eagles, and of course, the now-familiar Gollum (Andy Serkis), whose encounter with Bilbo turns our titular Hobbit from a stone, weighing down his comrades, to a warrior in his own right.

This is a big film that sets out to immerse you in another world and takes you on an unexpected journey – and a very long one at that – that neatly sets you up for part two.

There are narrative problems, many of which come directly from the source material while others result from Jackson’s attempts to fill the holes, such as a lengthy dinner scene, during which Bilbo meets the Dwarves. Jackson set out to make The Hobbit might lighter in tone than the Lord of the Rings trilogy, which he succeeds in doing, although it takes more than eccentric facial hair and the occasional look of bemusement on Martin Freeman’s face to convey comedy.

And two particular issues, that don’t seem to be properly addressed, are why the brave warrior Dwarves should need a Hobbit to help them break into the dragon’s lair in the first place – and why the great wizard Gandalf should think that Bilbo is the right Hobbit for the job. Without being able to answer these points, you’re left wondering why Bilbo ended up going on his tremendously long, Unexpected Journey in the first place.

That said, for fans of fantasy, spending nearly three hours with Bilbo, the Dwarves, Orcs, Goblins, Elves, Wargs, Gollum, a dragon, some wizards and a magic ring – among others – is about as close to heaven as they’ll have got since Bilbo’s adopted son Frodo returned to the Shire with his fellow Hobbits at the end of The Return of the King.