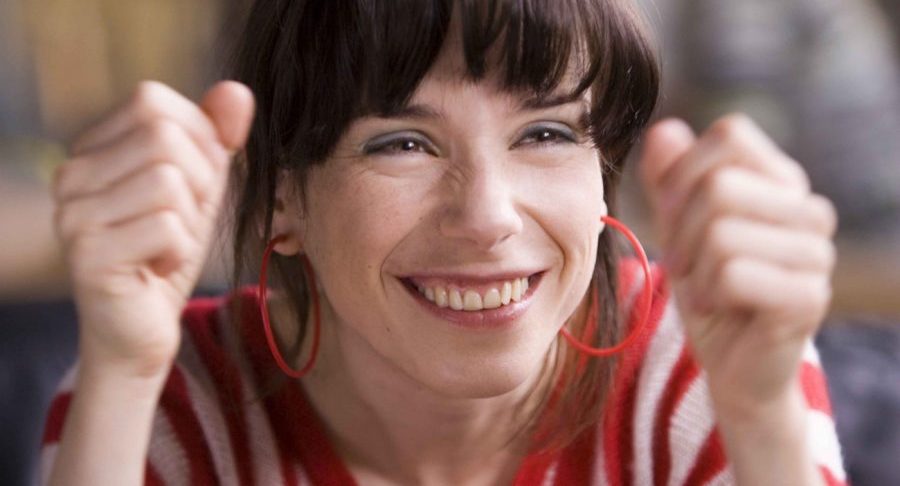 She’s a bright and bubbly primary school teacher, with a heart of gold, a love of flamenco and a taste for tall, smooth, attractive social workers.

Poppy is keen to learn to drive and takes up lessons with the rather uptight Scott (Eddie Marsan).

Her happy-go-lucky air is mistaken by Scott for flirting, which causes no end of problems when his feelings for her emerge.

That’s pretty much it, really.

Mike Leigh is known for his films that tackle the tougher side of life, so a film called “Happy-Go-Lucky” about a woman who’s not bothered by anything – at all – might sound a bit out of place in his oeuvre.

What actually makes it out of place is that while his previous films have been worthy, carrying serious messages, while ultimately being uplifting, this one really isn’t about anything at all – nothing really happens.

And while most of his films are based in the real world, nothing in this one rings true at all.

Having set up the fact that Poppy is a totally dippy airhead, we discover that she’s responsible for the education of dozens of children. God help them. Her attitude to her driving lessons also highlights that her ineptitude is matched only by her irresponsibility.

To signal how “happy” she is, she’s always cracking jokes, but not one of them is funny – while I’m sure Leigh sees Poppy as one of his most loveable characters, in reality, she’s just about the most irritating being ever to grace a cinema screen and almost without exception, everything she says and does will make you want to throw things at the screen. She’ll almost certainly have been bullied at school – and deservedly so.

When her misread teasing leads to Marsan’s good-hearted racist losing his temper and bawling like a baby, he’s not doing anything she hasn’t made us want to do from the first moment Hawkins breaks her irritating grin to speak.

Like many of Leigh’s films, the dialogue here is improvised, but the actors don’t seem to be as capable as in his previous work – the dialogue is frequently strained and embarrassing as the actors clutch for gags which just aren’t there. It’s like they shot the first draft of a script – or just settled for the first take.

There are only two scenes whose drama is worthy of Leigh – the aforementioned driving lesson row and a polite falling out between Poppy and her pregnant sister – the latter being well acted enough, but not being particularly original in its predictable conclusion.

And there are only two characters worth watching – Marsan generates a surprising degree of sympathy for his unsympathetic driving instructor – probably because he has to put up with Poppy for so long – and the best friend Zoe who is, sadly, given so little to do, she could’ve been written out of the script without changing the story.

Despite her constant insistence that she’s content with everything about her life, against everything Leigh appears to be striving for, Poppy comes across as the kind of person who is really using her happy-go-luckiness as a mask for a deep depression she refuses to face.

Anyone brave enough to give up their time to see Happy-Go-Lucky will emerge happy only if they’re lucky enough not to know anyone like Poppy.