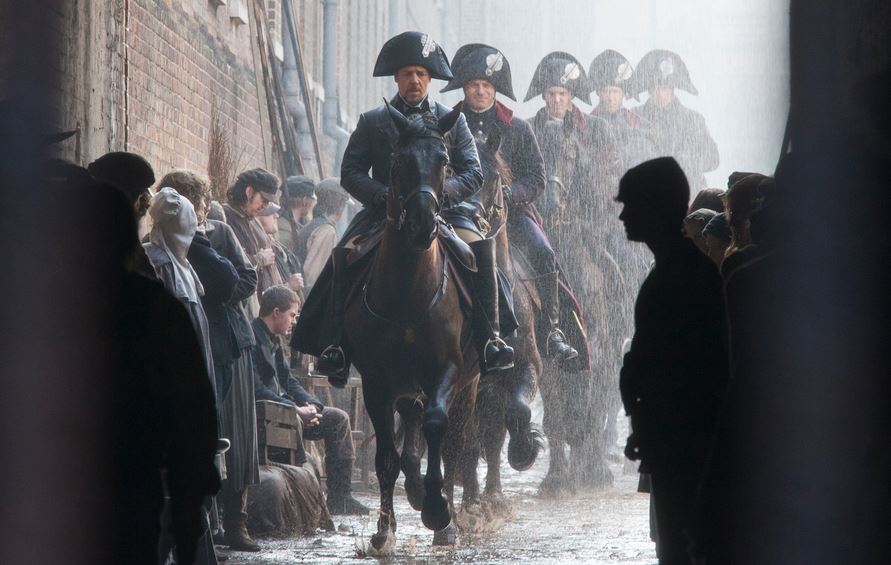 In the years after the French Revolution, the political situation in France is balanced on a knife edge.

Struggling to survive as an ex-convict, Valjean breaks his parole to restart his life under a new identity. Javert vows to bring the fugitive to justice.

Some years later, Valjean is now a successful businessmen and the mayor of a small town north of Paris, where Javert is the local police chief, but he doesn’t realise the mayor’s true identity. When one of Valjean’s employees, Fantine (Anne Hathaway) is fired by the factory foreman for sending money to her illegitimate daughter, Cosette, he takes pity on her and promises to find Cosette and bring her up as his own. But he’s forced to reveal who he is when Javert informs him that a man, claiming to be Valjean, has been arrested; he is too honest to let another man go down for his crimes.

Another few years on, a middle aged Valjean is living in Paris with Cosette (Amanda Seyfried), now a young woman turning the heads of all the local men, including the honourable young revolutionary Marius (Eddie Redmayne). When the students begin an uprising, Javert, now a senior army official, tries to join the underground resistance to spy on them, but his cover is blown, leading to a fatalistic confrontation with Valjean.

At more than two and a half hours, there’s clearly a lot of plot to squeeze in and with the original stage musical being even longer and Victor Hugo’s classic novel stretching to hundreds of pages, the uninitiated are bound to get a little lost in the characters, the relationships between them and the various time-frames of the sprawling story.

But while those familiar with this film’s predecessors will have a bit of a head start, they’ll also be held back by their past experiences of the source material, being more concerned about whether Hugh Jackman, Russell Crowe, Anne Hathaway or Eddie Redmayne et al live up to the performances of actors they’ve previously seen in their roles.

It would be helpful, in that sense, to be able to view Tom Hooper’s cinematic masterpiece with a fresh eye, trying to forget its provenance. This is a huge production with vast sets, sumptuous costumes, performances that burst out of the screen and singing that will crush the hearts of all but the most soulless cinema-goers. And anyone who’s not open to a musical should probably not see this in the cinema anyway.

Hooper’s techniques of immersing cameras in the crowd scenes and unusually getting his cast to sing live, rather than act to a recorded backing track, brings the production to life, filling the auditorium with the emotions that would hang in the air of the West End Theatre.

Fans of the show will be in tears throughout and open-minded newcomers, even if they don’t join in, will be sucked in and are likely to be humming the tunes for days afterwards.

It’s an engaging and impressive spectacle, but constrained by its theatrical and literary origins, where certain plot points or character arcs that wouldn’t be allowed to pass unchallenged in any other film are accepted with the blind faith with which some people accept the existence of a god.

The film is flawed, but only in the way that the original musical was not a film. As an adaptation, this production is remarkable.

Almost entirely sung and laden with history, it’s not the most accessible of films for newcomers and watching it requires some effort on the part of the viewer, but a large proportion of this film’s audience will already be on board, so it will be interesting to see how many fans – in the years to come – will see this cast as the definitive Valjean, Javert, Fantine, Cosette and Marius.