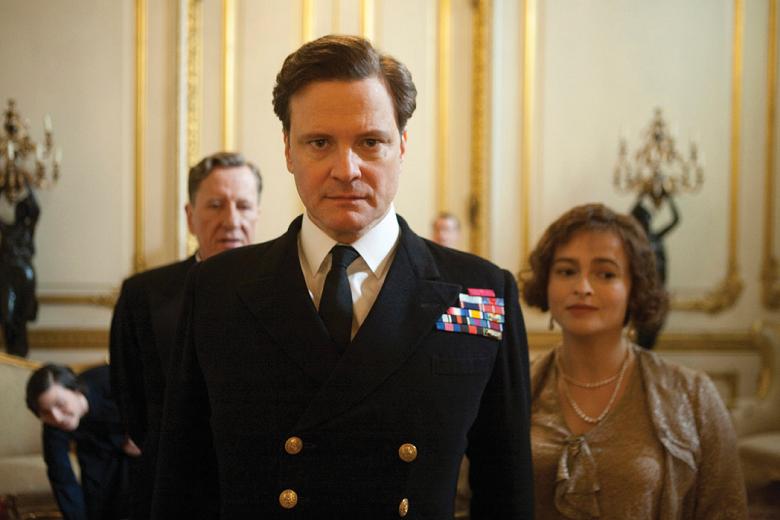 Back in 1936, Prince Albert (Colin Firth) has a rather nasty stammer. Ordinarily, this would be little more than a bit unfortunate. The Duke of York would have to do a bit of public speaking, but he could be selective and no-one would really much care if it took him a while to get to the end of his sentences.

But when his older brother, the recently crowned King Edward VIII (Guy Pearce) announces that he’s abdicating to marry an American divorcee, the world takes on a whole new hue.

And as if being thrust into the limelight, under his regal nomenclature of King George VI didn’t put him under enough pressure, the recent arrival of live broadcasting made him the first King required to use the radio to rouse his people – and in the run-up to a war, no less.

Suddenly, a stammer could become more than a little bit debilitating.

When the royal household’s doctor embarrasses and infuriates the King but doesn’t make any headway at all on the speech impediment, Queen Elizabeth (Helena Bonham Carter) sets out to find him a new speech therapist, but it has to be under the radar – no-one can know about the treatment the King requires.

Enter Lionel Logue (Geoffrey Rush), an unknown Australian immigrant and plain-speaking, no-nonsense family man, who fearlessly takes on a client who defies belief, treating him more like one of his own children than the figurehead of the British Empire.

As war draws near and the King is required to inspire his subjects to fight for their freedom, using nothing but a microphone and some speakers, Lionel has to calm the nerves and fix the speech of a man with an uninvited and unexpected duty to lead his country.

On the one hand, a film about a 1930s monarch going to a speech therapist doesn’t sound like the greatest ticket-seller, but it succeeds and surprises on many levels.
It’s little surprise that a British period drama starring Colin Firth and Helena Bonham Carter as King and Queen is going to look and sound authentic, so no points for that – it’s a given.

But this is one of those rare occasions where all expectations are met, if not surpassed.

Firth delivers a remarkably confident and sensitive performance – a turn that’s already garnered him nominations that are almost certain to be followed by a second successive Oscar nod. He perfectly captures the frustration and determination of a man who accepts the unwelcome duty thrust upon him, despite nature’s obstacles, with a dignity befitting a King.

Despite Firth’s screen presence, Geoffrey Rush’s speech therapist steals the show at every appearance and is a strong candidate to join Firth on the stage at next month’s Academy Awards.

These two actors – each at the top of their game – present us with the most delightfully incongruous big-screen odd-couple for years. Their relationship is laced with pathos, honour and humour. Some of the most beautiful and surprising moments come from the discovery of their unexpected liaison.

Few of us can identify with the trappings of royalty, but there’s little of that on show here – and we can all identify with the shame of our own imperfections, the determination to overcome them, the need to trust the eccentric strangers we accept into our lives.

This film is a near perfect character study and warm-hearted drama which truly makes you feel that you’re watching a piece of history unfold before your eyes.

CLICK HERE TO BUY THE KING’S SPEECH ON AMAZON