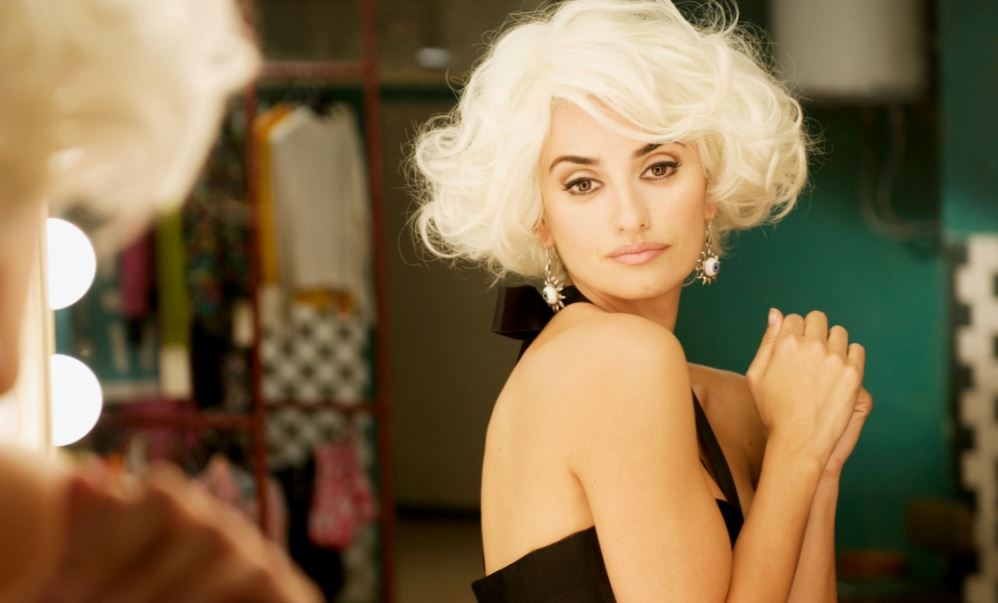 Mateo Blanco (Lluis Homar) is a celebrated Spanish film-maker, who gets trapped in the identity of his pen-name Harry Caine after an accident which leaves him blind.

An uninvited visitor – with an unknown connection to his past – prompts him to recall his previous life – and his previous identity.

Years earlier, as a director, his film Girls and Suitcases was being financed by wealthy businessman, Ernesto Martel (José Luís Gómez), who forced him to cast his mistress Lena (Penélope Cruz) in the lead role.

Lena wasn’t particularly in love with Martel – she was with him only because he’d agreed to pay for her father’s medical treatment.

She was clearly more interested in Mateo, and Ernesto could tell, so he ended up sabotaging the film by editing it badly, destroying Mateo’s reputation as a director.

Back in the present day, Mateo – now Harry – finds himself with the opportunity to have another go at editing his film, to restore his dignity – as a film-maker and as a man.

This is an Almodóvar film all over – from the strong female characters, colourful – gaudy, even – production design – multi-stranded, time-travelling complex plotlines, forbidden love, homosexuality, cross-generational issues – and so on.

For those who like his work, this will satisfy.

For those not yet converted to the oeuvre of the Spanish master, this isn’t the best entry point. It could be a little overbearing.

Its length and complexity – with a large number of characters, each with their own agendas and histories – flitting back and forth between the early nineties and the late noughties – and between real life and films-within-the-film – it’s not the easiest of works to follow, especially when you’re reading subtitles rather than fully absorbing the luscious images.

And sadly, for a plot of such complexity, at times, it does lose its way.

As you’d expect from Almodóvar, he gets the best performances from his key cast – Cruz and Homar are particularly convincing, as they’re called on to deliver several roles in one.

Bursting with cinematic references – including his own earlier work – this Broken Embraces almost feels like a Spanish Tarantino film – without the blood.

There seems to be a revival in films about films and film-makers – Inglourious Basterds and Funny People being just two in recent weeks – and there’s a danger that auteurs can start to get just a little self-referential and over-indulgent.

With the noir of the early parts of the film giving way to melodrama towards the end, the Broken Embraces is a brave – or bold – mixture of genres from one of the few directors brave – or bold – enough to try it.

It’s not as decisive – or successful – as his recent run of Oscar-nominated films – but for those with the sticking power and resolve to work out this film, it’s far from Almodóvar’s best, but it’s tremendously rewarding.