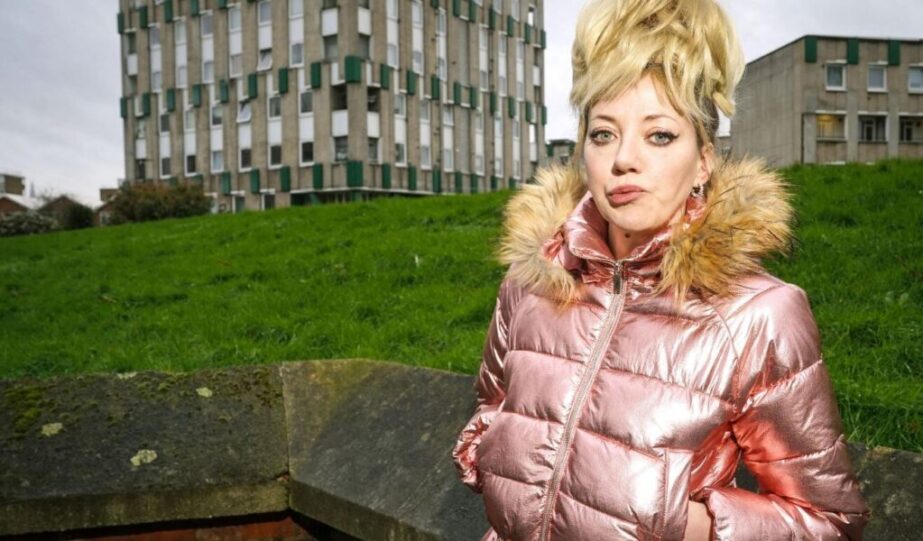 Over the course of six short episodes, we follow her as she goes through such everyday activities as looking for a job, walking a neighbour’s dog, going on a date and helping out a friend.

But however banal the things she sets out to do, nothing goes to plan, causing no end of chaos and havoc for her – and those around her.

With each of these episodes being 14 or 15 minutes long, this is a rare format recently seen in Nick Hornby’s marital comedy-drama State of the Union, which comprised ten 10 minute episodes.

Hornby’s effort worked, as the characters were eloquent and likeable and each episode built on the last to create a single narrative thread.

But Diane Morgan delivers more of a scatter-gun approach, throwing as many ideas as she can at the screen in the hope that more work than don’t.

Morgan has earned the right to write, direct and star in her own prime-time vehicle through prominent roles in Charlie Brooker’s Wipe shows, and the sitcoms Motherland and After Life, but being an unforgettable and constantly entertaining screen presence doesn’t necessarily qualify someone to create their own show.

It never really feels like she’s created a believable world of characters you want to spend any time with – apart from Michelle Greenidge, as her best and only friend.

These six short films have their moments, but the writing feels both obvious and disjointed, the gags are in your face and the directing feels like it’s straight out of a student project, with strange jump cuts and peculiar camera angles.

The stories often hover on the edge of credibility before collapsing into surrealism and anarchy – but not in a clever or witty way.

Morgan’s own performance is fine, but her startled character is never likeable – she’s a selfish and incompetent buffoon, a comedy grotesque whose idiocy strips her of the right to any empathy. Efforts to make us feel sorry for her work only because the situations and characters she surrounds herself with are even more grotesque than her. She’s cruel to her characters.

And a range of fine supporting actors – including Tom Basden and David Bradley from After Life, Maxine Peake, Michelle Greenidge, the comedian Sean Lock and the Happy Mondays’ Shaun Ryder – fail to give this experiment a sense of comedic importance.

At no more than a quarter of an hour, it’s watchable enough, as however annoyed you might feel, the episode will be over before long and there’s always hope that the next one might just click. It never quite does, but it sometimes gets close.

Don’t give up on Diane Morgan – but please let someone else look after the writing and directing so that she can concentrate on bringing better scripts to life through her acting.